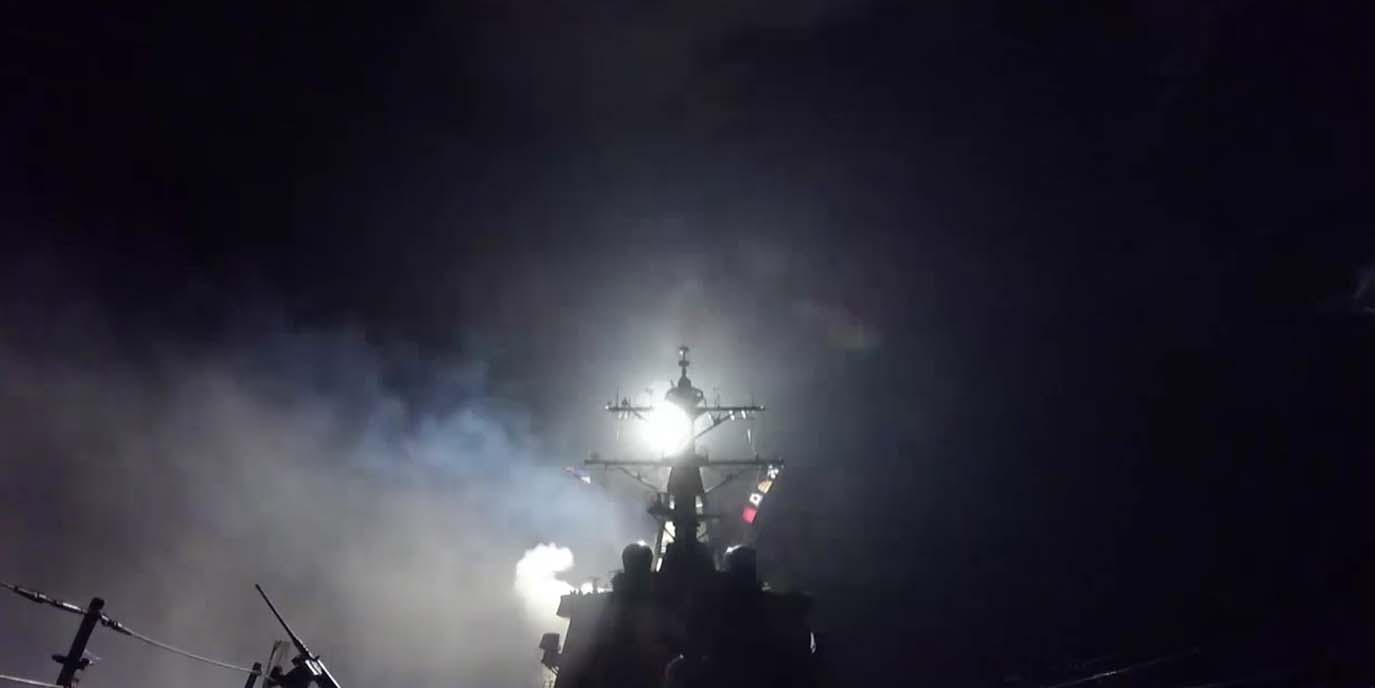 I warned about Trump from the very beginning and I had every reason to do so. I had a high confidence he was going to break most major campaign promises very early on and I had a very high confidence that his entire transition team and subsequent cabinet was a horror show.

My analysis was thorough, yet no rocket science was needed whatsoever because his entire life and the lives of his advisors spoke for themselves. Add to that the recorded history of frauds like Nixon and Reagan, who campaigned against “the establishment” and then filled their administrations with total insiders.

The job of alternative media was to do that kind of solid research and tell the audience to expect the worst from Trump, to keep building real political alternatives, keep up the prepping and attack the Republican and Democratic party system relentlessly. But instead large portions of the alternative media chose to echo the Russian campaign for “the Donald”. The Kremlin wanted Trump over Hillary because of the shady deals between Trump’s camp and Russian oligarchs who blur the lines between robber barons, intelligence assets and mafia dons. And so the Kremlin dusted off some old KGB propaganda slogans from the cold war and spread the silly song of “Hillary means war, Trump means peace.” The alternative media largely followed the Russian line and confused appeasement with deescalation.

But it’s also Trump and his trustees who blurred the lines between robber barons, intelligence assets and mafia dons. Trumps Casino friends and New Yorker underworld contacts are hairy enough but the bigger picture is this: If I was running the CIA I would have recruited Donald Trump, Paul Manafort and Carter Page a long time ago. Actually one of Trumps former associates, Felix Sater, chose to work for the CIA in exchange for an easy way out of a dangerous court case. For the CIA it’s easier to build up people and wait for them to get contacted by the Russians.

The Russians first thought Trump, Tillerson and the others were pushovers, but soon the disappointment and frustration took over. According to reports the Kremlin ordered to tone down the propaganda campaign for Trump. Magically the western alternative media followed this new line and adopted a new “wait-and-see-approach” instead of calling Trump’s deception and admitting that Trump has tricked them all and has filled his cabinet with CFR people, Skull and Bones-members and former Goldman Sachs executives.

Fast foward to the rocket attacks against Assad which were only the visible part of the action. The invisible part was Trumps orders to continue pumping money into the rebels and causing more trouble for Assad and the Russians. The US has a lot more money while Russia is bleeding out and can barely afford the adventures in Ukraine and Crimea. Suddenly Russia’s TV channels and websites started to attack Trump and – no surprise here – the alternative media followed accordingly.

Alex Jones and others should have apologized to the audience for their complete and utter incompetence of fueling a baseless Trump hype for months. Trump was not particularly hard to analyze.

Just a few weeks ago Alex Jones was selling fantasies to his audience about the second American revolution, the beginning of the end for the globalists and about how the “holy ghost” was “protecting Trump”. Jones was supposedly super-close to the president, saving the country in a historic and heroic mission.

Once the rocket attack against Assad was on and the Russians were pissed, Alex Jones released a video denouncing Trump as a mere carpet beggar of the conservative renaissance who achieved a few things here and there domestically, but who is now swayed by the neocons. His foremost reporter, Paul Joseph Watson, officially left the Trump train. Others like Kurt Nimmo had left Infowars months earlier.

But Jones never apologizes for his big mistakes unless he is absolutely forced to (like in the case of Pizzagate and Mr. Alefantis threatening to sue him for millions of dollars) so he adopted a schizophrenic position: On his website Infowars.com Trump gets trashed but on his radio show Jones keeps defending Trump and spins everything just the way Roger Stones wants it to be spun: Trump and Bannon are pictured as the good guys while McMaster, Priebus and Kushner are cast as the bad guys.

In reality, Trump does not decide anything. The establishment wants the world to believe he is a decider who is impossible to predict. We are supposed to do wild guessing games, whether his daughter Ivanka changed his opinion about the Syria strikes or whether it was McMaster or Kushner. This phony unpredictability is designed to keep foreign powers guessing and making it harder for them to plan ahead.

Alex Jones and others refuse to admit they made the biggest blunder of their careers and failed at a basic level as analysts. Their financial survival hinges on spinning the events unfolding and keeping the myth of Trump alive. They are choosing their careers over the interests of the American people.

President Trump promised to fulfill the wishes of the Kremlin, and now he plays hardball. He promised the wall which is now years away and legally challenged. He promised America first but now the jobs continue to disappear to Mexico. He promised to block China’s slave economy but now he wants a sweet deal with them. He attacked the FED chief Yellen but now she may well continue in her post. He gave Breitbart’s Steve Bannon a prestigious position and now he’s denouncing him. He demanded to stay out of Syria, then his people suddenly demanded Assad to be removed.

And there is so much more misery to come: The deregulations for his WallStreet buddies who fill up his administration (of course the Weasel Roger Stone keeps telling the Infowars audience that Goldman Sachs has no control in the White House), new aggressive military moves, new terrorist attacks, more torture, less freedom. It’s endless.

How does Alex Jones expect to spin all of this during the next four years without looking like an insane person?  It’s just another Charlie Sheen situation. A narcissistic showmaster pushed by Jones who keeps telling the world he is “winning” all the time while everything keeps crashing down.

Alex Jones and others have failed spectacularly with their Trump support but for their own sakes they keep pushing the myth and also keep supporting another phony political messiah: Wladimir Putin.

Alex Jones recently threatened to beat up a member of congress for suspecting that he, Jones, might be in cahoots with the Russians. Just take a look at Jones’ websites, his Youtube Channel and radio archive and you will see that Putin is hailed as a great leader and the Russian dictatorship is hailed as a christian conservative role model. Jones sounds exactly like a cold war communist when he always attacks NATO and always defends Russia. His reporting of the Ukraine crisis sounded exactly like all the garbage from Russias propaganda channels.

The investor Max Keiser, who has a show on the Russia Today channel, recently told Jones that “by the way, Putin says hi” and he was serious about it. Jones was invited on a major Russian TV show by noted fascist Alexander Dugin and returned the favor weeks later. Jones’ regular guests from the past are all Kremlin loving stooges like Paul Craig Roberts, Webster Tarpley, Daniel Estulin, Adam Kokesh, and many more.

It could all have been so easy. Just could have called Trump and Putin for what they were. But now Jones and other Trump hypers are backed into a corner and like windmills they wave their arms, trying to explain to the audience why anybody should still listen to them.