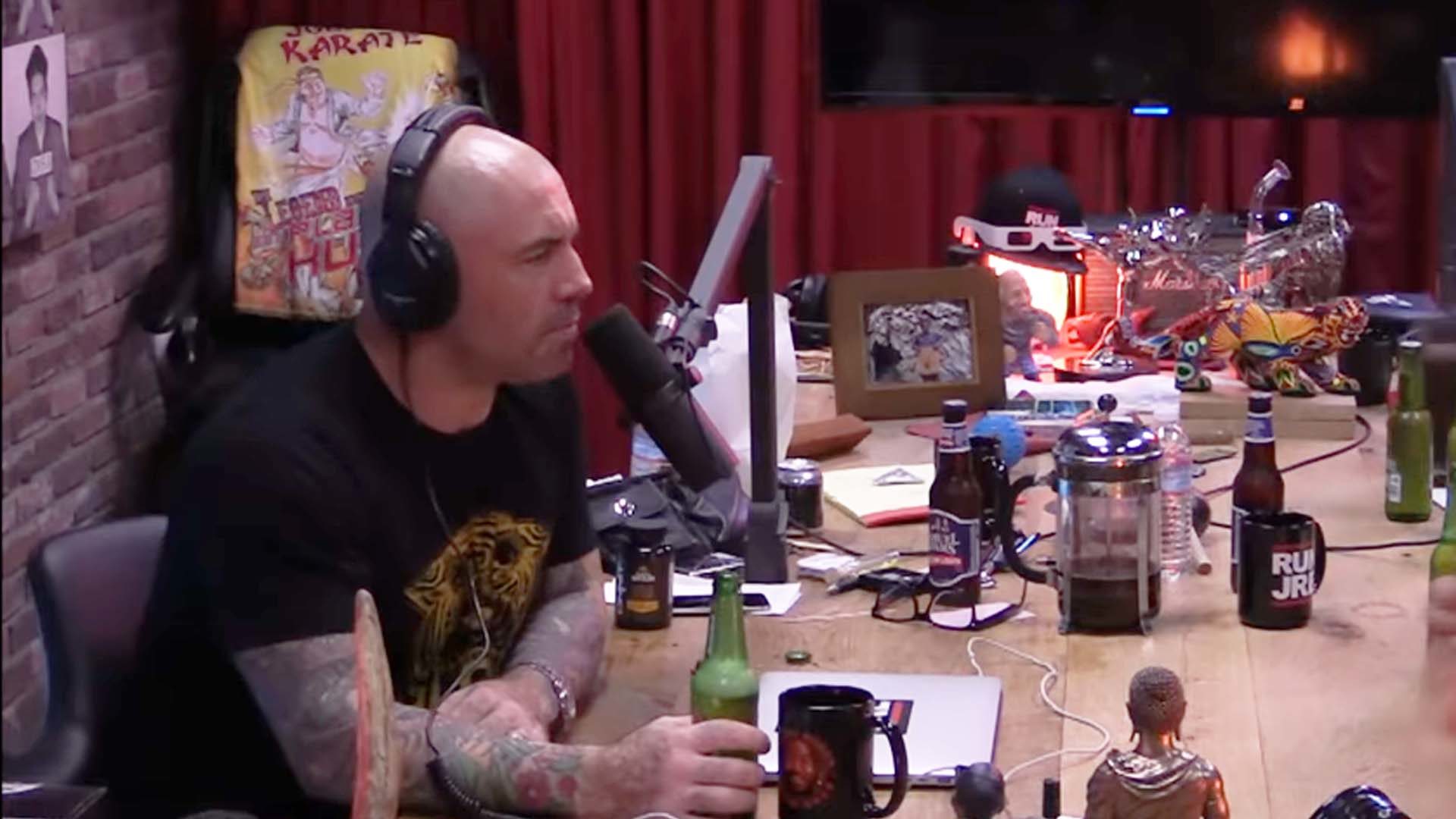 Narcissist Alex Jones is in ragemode beacause Joe Rogan is no longer interested in him and voiced (fair) criticism. Out of thin air, stringing together some unrelated bits, Jones constructs a conspiracy theory abot Rogan being involved in some nefarious mind control program. Evidence? None. Infowars’ own brand of Justice Warriors  are expected to engange in an outrage campaign to punish Rogan.

Rogan distanced himself from Jones a while ago. It came out in court that AJ is narcissistic and we see the typical behavior to classify people as either useful or damaging in a very simplistic manner. Either overvaluing and hyping people when they are useful and then, when someone isn’t useful anymore, you see a lot of hatred and extreme sensitivity to criticism.

Rogan noticed Jones many years ago and they met a few times and got along. Back when Infowars was a lot more legit, didn’t play the left vs. right game, didn’t support Russia, and didn’t put out terrible work. Back in the old days when people like me discovered Infowars and saw something that was hardcore and largely fact based.

Many different people became disappointed with Jones over the years. Former employees are angry with Jones, a former editor, his ex wife has horrific stories to tell, other media people he worked with in the past are done with him.

Joe Rogan is known for being blunt and honest with people around him. Famous example is Brendan Schaub who wanted to continue his fighting career while Rogan gave him a reality check and some good advice that actually paid off. Rogan regularly clashes with another regular guest who is deep into conspiracy culture. Rogan is simply disappointed in current conspiracy culture and wants something better. He is still interested in secrets, but he has a huge issue with the unscientific nature of conspiracy media. Now Jones is freaking out, accusing Rogan of a Hollywood CIA mind control agenda.

AJ is constructing a conspiracy theory out of thin air, stringing bits of innuendo and historical bits together.

Everything Jones put forward is empty. Void of facts. Different sneaky debate tactics, false arguments, double standards. Joines is a narcissist who feels betrayed by Rogan because Rogan criticized him and didn’t give him further attention. It is useless to talk to a narcissist. Jones uses manipulative arguments all the time.

The guest I want to see on Rogans podcast is Alex Jones’ ex-wife. That would be a riot.