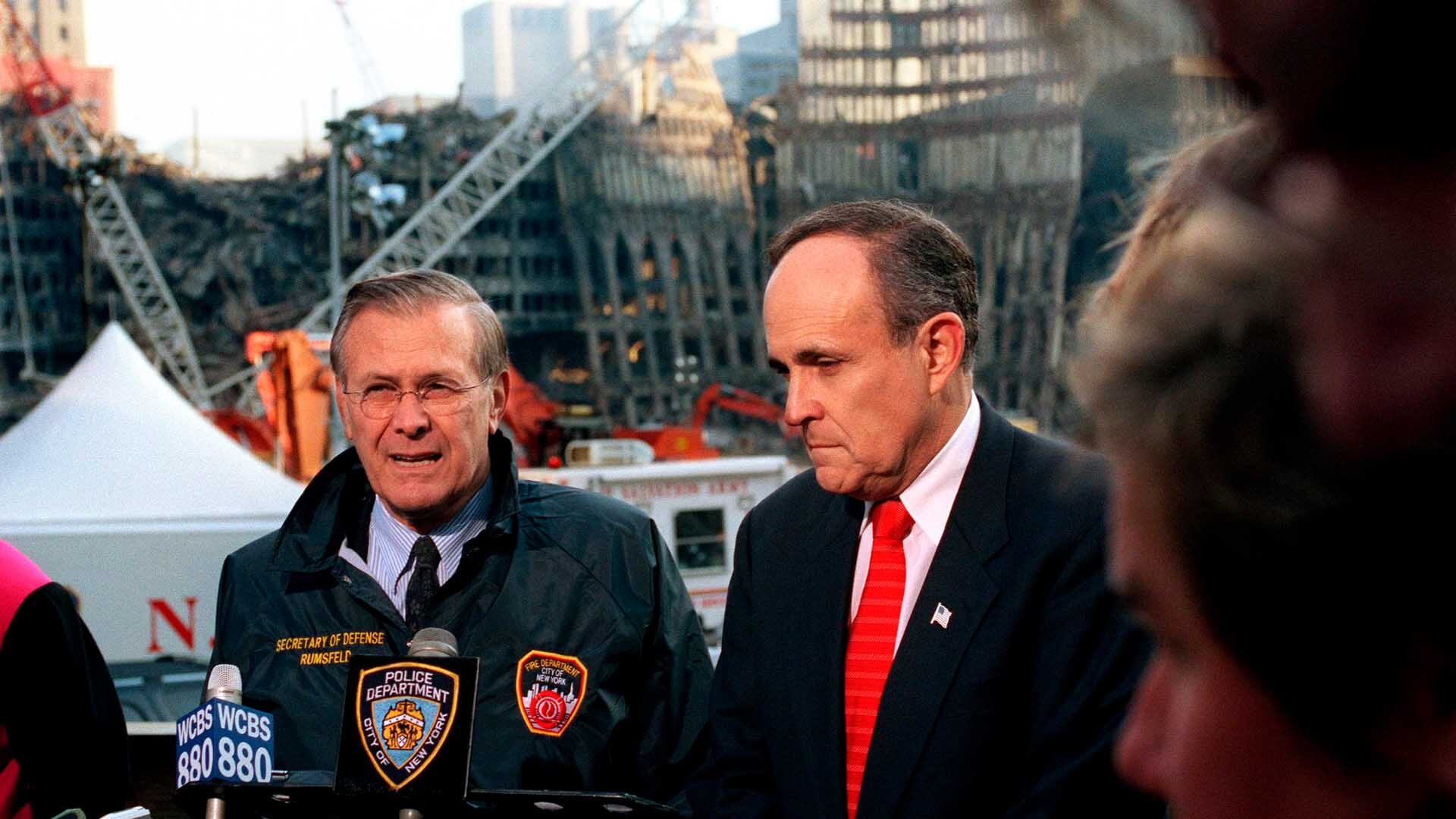 Trump believers are desperately trying to reinterpret the Ukraine scandal as a brilliant move; as a trap for the Democrats. The impeachment proceedings would fail in the Senate because of the Republican majority, Trump’s profile would benefit and re-election could be secured.

But it looks more and more like what we already reported to our audience from the first moment, namely that Rudolph Giuliani probably lured the president into a trap.

Trump had been repeatedly warned by senior officials of his own government that there is no clear, usable  evidence against the Democrats and Bidens in Ukraine.

But Trump relied on Giulianis advice. While Joe Biden has publicly admitted to having put pressure on Ukraine to get rid of an investigator who was after his son, Giuliani has so far been unable to produce any spectacular evidence that can be used, despite all the frenetic announcements. Biden’s son Hunter is extremely close to the CIA (Yale, NED, Cofer Black at Burisma) and therefore his activities are probably protected by the justification of “national security” anyway. Giuliani put this idea in Trump’s ear, that there is a great opportunity here to damage the Democrats.

Giuliani was jointly responsible for fatal decisions in the run-up to 9/11, made a fortune afterwards and lied to the official investigative commission. In addition, he was honoured with a knighthood from Queen Elizabeth II.

In mid-April 2018, Giuliani joined President Trump’s team of attorneys who dealt with Robert Mueller’s special investigation into Russian interference in the 2016 US elections.

If Giuliani’s influence on Trump and the resulting Ukraine scandal leads to many stressful investigations by the Democrats, no successful impeachment procedure is needed to end Trump’s political career. Trump and the Republicans could simply fold and decide that Trump will not run again in 2020. The Russigate investigation would be as good as dead, because nobody would be interested in it anymore. Giuliani’s goal of ending Russiagate would thus be achieved.

In July 2019, Buzzfeed News reported that two Soviet-born Americans, Lev Parnas and Igor Fruman, were acting as liaisons between Giuliani and Ukrainian government officials. Parnas and Fruman, who have donated extensively for Republican purposes, have not registered as foreign representatives in the United States, nor have they been evaluated and approved by the State Department.

“Fruman and Parnas seem to have gained access to the Trump world by sending a six-figure contribution to a pro-Trump SuperPAC through a mailbox company.”

says Brendan Fischer, an attorney for the CLC.

Giuliani founded a security consulting firm in 2002, Giuliani Partners LLC, which was categorized by various media as a lobbying firm that benefited from Giuliani’s celebrity after 9/11. Giuliani Partners generated more than $100 million in five years.

Giuliani’s colleagues and clients at Giuliani Partners included people with connections to organized crime, a Catholic priest accused of sexual harassment of a minor, a drug smuggler, Purdue Pharma (the manufacturer of the addictive OxyContin), PennyStock scammers, Mexico City and Qatar’s Ministry of the Interior.

Meet The Ten House Democrats That Are NOT Supporting Impeachment !

There are several in the Democrat party who have not yet signaled or directly given their support for impeaching the President, but they could flip any day. The Democrats started this massive push for impeachment a little over a week ago and they have already taken significant action in the process.

Chuck Schumer doesn’t think a little thing like impeachment should stand in the way of President “Donald John Trump” working with Democrats to hand them one of their most coveted legislative achievements.

“Amidst the impeachment inquiry the gears of government can still move,” Chuck Schumer said. “Anyone who suggests otherwise is advancing a false narrative !”

“In fact, the best example of governing for this president … would be to pass the universal background bill, which has been sitting on the door step of the Senate for well over 200 days !”