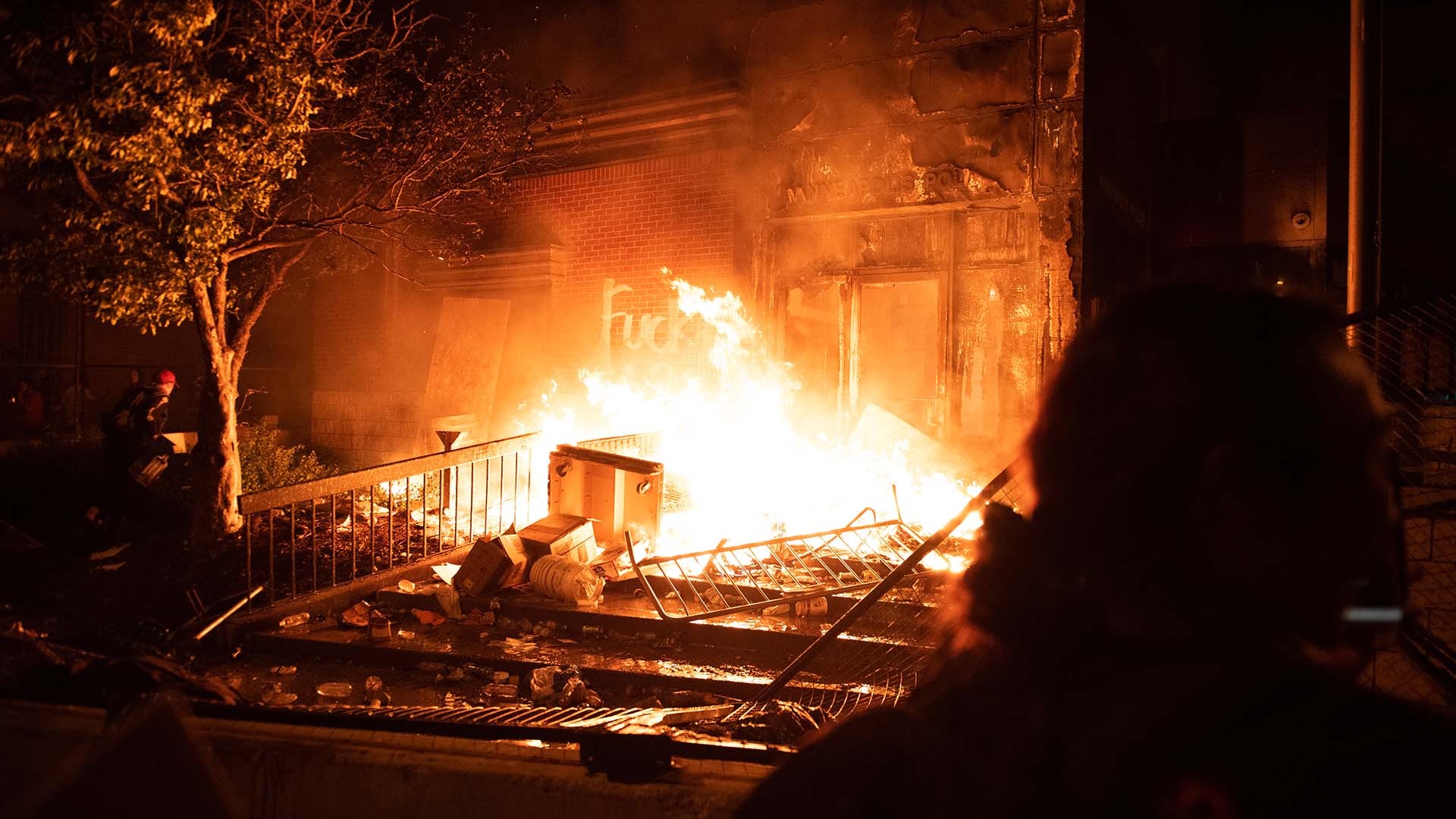 No, there is not going to be a “race war”. No, it’s not going to change anything about violence in general. No, the apocalypse is not coming. No, George Floyd is not a martyr. He was a dangerous criminal who once entered a woman’s home, pressed a gun into her stomach and searched the home for drugs and money. Officer Derek Michael Chauvin was a violent paranoid cop with many complaints against him. And they both collided.

The George Floyd case and the subsequent riots will not change anything about anything.

A police officer should be aware through common sense and his training and experience that you probably shouldn’t kneel on someone’s neck for nine minutes, especially if that person becomes unresponsive. Floyd as a conviced criminal and adult should be aware that you have to comply when you get detained. Silly antics and being difficult won’t get you out of this, but even deeper into trouble.

Floyd had “various underlying medical conditions including heart disease and hypertension” and the lawyers will argue the most minute details of these complicated factors. At the end we might see a not-so-strict sentence and that will be the end. The riots and the political blabbering will continue until the government puts its foot down and other topics dominate the headlines.

Who is George Floyd?

A dangerous criminal rapper. He was with the Houston-based hip hop group Screwed Up Click and solo as “Big Floyd”. In 2009, Floyd was sentenced to five years in prison for aggravated robbery with a deadly weapon. He ironically worked as a security guard at a restaurant.

He was described as a “gentle giant” which is pretty silly. Floyd had at least five stints in jail. In one of the charging documents, officials noted Floyd had two convictions in the 1990s for theft and delivery of a controlled substance.

He was serving five years in prison in 2009 for aggravated assault stemming from a robbery in 2007 where he entered a woman’s home, pressed a gun into her stomach and searched the home for drugs and money, according to court records. Another suspect had posed as a worker for the water department to gain entry into the woman’s home. Five more men followed. She was repeatedly hit with a gun. Did that crime become natonal news? Certainly not.

This group was dumb enough to use a vehicle with the license plate being visible. A neighbor wrote down the number and reported the robbery, thus ending the career of the “gentle giant” from the “Screwed up click”.

Before that it was cocaine and theft with a firearm.

After the long prison term he “wanted a fresh start”, meaning he was aware that any more convictions would put him behind bars for good. A video emerged online of Floyd encouraging the younger generation to put an end to gun violence. He was no reformed preacher. He simply found a new role he was attempting to get comfortable with. But comfortable it was not. His low paying jobs as a security guard at restaurants and nightclubs must have brought the temptation of more crime. His jobs were over once the COVID pandemic hit.

Who is officer Chauvin?

A somewhat paranoid officer who might have had PTSD. Derek Michael Chauvin had 18 complaints on his official police record, two of which ended in discipline from the department. He had been involved in three police shootings, one of which was fatal. Maybe he became paranoid from that. Maybe he developed PTSD. Maybe he was just a very violent man. Maybe he was a criminal in a uniform. His past will certainly be re-examined.

What happened during the altercation?

According to the criminal complaint police were called after Floyd was suspected of passing a fake $20 bill at the Cup Foods store. According to police, Floyd was in a nearby car and “appeared to be under the influence”.

Officers Thomas Lane and J Alexander Kueng approached Floyd, who was in a car with two other people. It’s a classic scenario where both sides are in danger. The people in the car (a “crew cab” in police lingo) might have drugs and illegal weapons on them, meaning they might have to decide at the drop of a hat whether to shoot tgeir way out of the encounter or just submit and face multiple felonies. The people in the car could be completely legal but one of the cops might be nervous and paranoid. If you sit in a car you are in a confined space and an easy target. If cops start shooting out of paranoia they could always claim someone in the car was reaching for something against the clear instructions.

Floyd (according to the complaint) was initially resisting against being handcuffed and placed in the squad car. Camera footage doesn’t seem to support any overt resistance but any non-compliance are designated as resistance. You can’t do any silly antics. You can’t argue. He “stiffened”, fell to the floor and claimed he was suffering from claustrophobia. You cannot expect cops to believe anybody’s antics about why they don’t want to be detained. If police want to detain you, you need to comply, shut up and lawyer up.

Officer Chauvin (the one being charged now) and three colleagues were necessary to put Floyd in the squad car. Chauvin then pulled him out again and back on the floor, kneeling on his neck. Bystanders filmed this and you can hear Floyd begging and complaining. At somepoint he went limp and could not be resuscitated.

As a US citizen you have the right to not have a cop kneel on your neck until you die. Cops can’t take unreasonable risks while detaining someone. All of the cops had body cameras and their lawyers will argue that Floyds would be alive if he didn’t have underlying medical problems.

Where did these medical problems come from? His past cocaine use might provide the answer. Cocaine can quickly cause serious damage to the heart and blood vessel system.

An official autopsy found no indication that Floyd died of strangulation or asphyxiation, rather that he likely died of the combined effects of being restrained, underlying health conditions, including coronary artery disease and hypertensive heart disease, and any intoxicants in his system.

A second autopsy may end with a different conclusion or it may not. The medical criteria for death by regular asphyxiation are pretty clear.

Floyd was acting the tough guy when he was threatening an unarmed woman with his homies holding her at gunpoint. When four cops were on him, he acted all whiny and played the gentle, fragile giant. When he was messing with cocaine, he propbably dreamt of becoming Tony Montana. When he instead became a washed up criminal who then ruined his future over a fake 20 dollar bill, he played the victim as hard as he could, until he unfortunately became a real victim.

If he had encountered resistance during his armed robbery by a man, how would he have reacted? Would he have beaten the man, thereby risking that person’s death? Would his homies kneeled on that man’s neck to keep him quiet? Would the have called an ambulance?

Cops detain people every day who act whiny and play the weak victim. They hear people “cry wolf” so many times that when a person really is in medical trouble, they tend to not believe it. Maybe some of those cops from that case deliberately risked the death of Floyd. Maybe they only deliberately risked Floyd passing out.

Cue the political hysteria and the riots

It seems like the political hacks want to kneel on the necks of their opposition until they go quiet.

Rioters want to solve the issue through rioting.

Leftist politicians and celebrities want to solve the issue through more communism.

Rightwingers want to solve the problems through the National Guard and business as usual.

Libertarians want to solve the issue through nice sounding slogans and the advice that everybody should just focus on their own bank accounts.