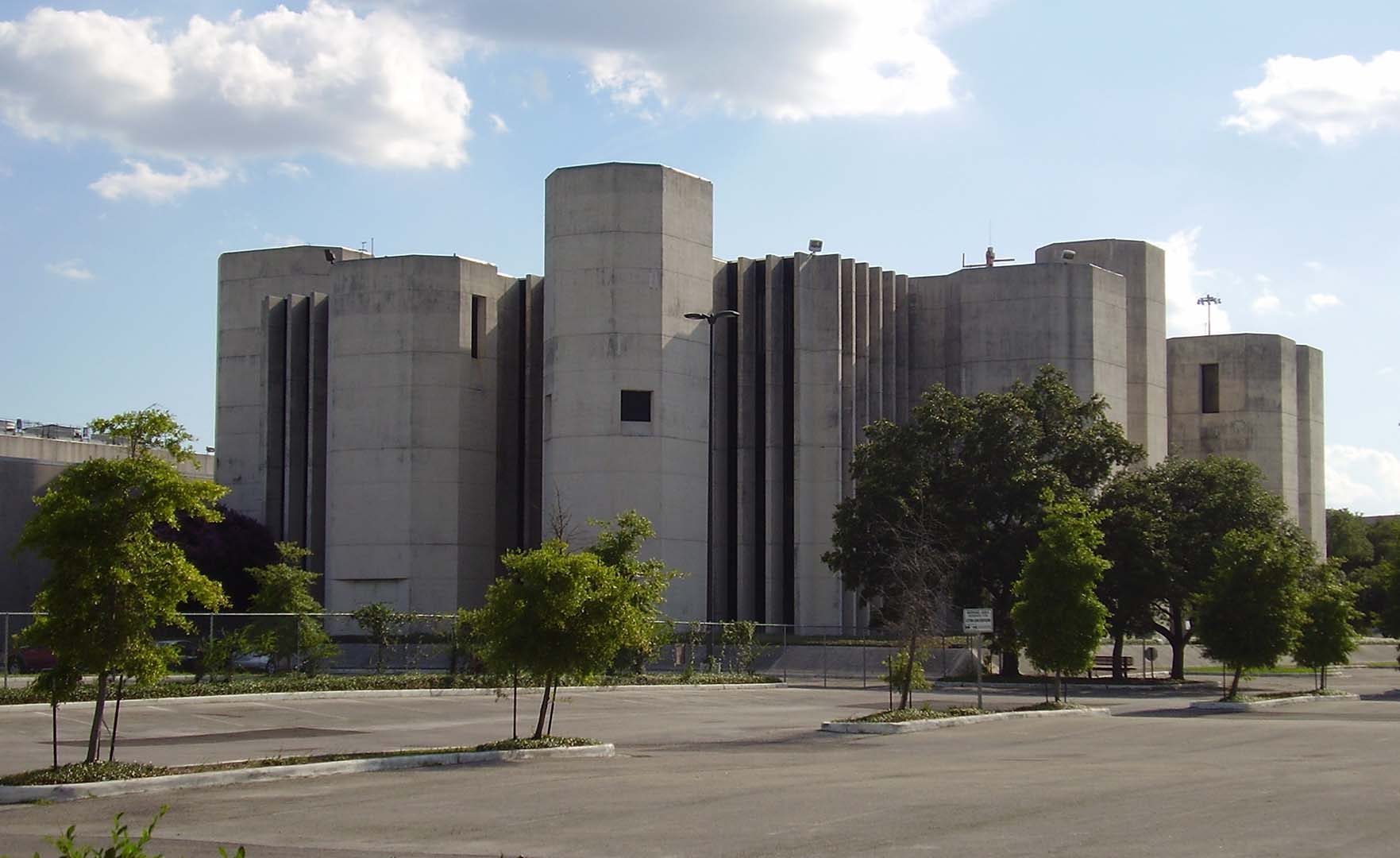 The newspaper Houston Chronicle (about 1 million daily readers) wants to make George Floyd a civil rights icon and a martyr, and to this end the criminal past and his personality must be rewritten. The blame for everything lies on others. To be more precise: White America is somehow guilty of every bad decision he ever made.

His parents had separated and the three children, among them George, stayed with the totally overburdened mother on a trailer park in North Carolina, who immediately gave birth to two more children she could not afford at all. Later they lived in the social housing complex Cuney Homes, named after the partly African-American politician of the Republican Party Norris Cuney, a grandmaster of the African-American Masonic Grand Lodge of Texas. Cuney’s mother was a slave and had been impregnated by her owner, the wealthy colonel and politician Philip Cuney of English origin, one of the largest landowners in Texas.

George Floyd had no influential ancestors of English origin, nor was he a member of a lodge. Floyd’s brother Rodney is quoted in the Houston Chronicle as saying that they were very poor at the time but it was a “house full of love”. Floyd was the man of the house, a role model who regularly made everyone laugh. We’re supposed to just believe this romanticised ghetto story of folks making the best out of being opressed by the white devils.

69% of the people of Cuney live below the poverty line. But you have to ask: Why five children? Especially when so many of them don’t graduate high school? George’s high school diploma was a rarity and he spent most of his free time doing sports rather than further his education, aiming for a career as a professional athlete in football or basketball.

In the US you have to be absolutely outstanding as a high school athlete to make it to the big leagues. About three out of 10,000 male high school basketball players are drafted into the NBA, which is about 0.03 percent.

Several of Floyd’s teammates were shot and killed. The Houston Chronicle is not telling us how this happened. Besides sports, Floyd also tried his hand at hip hop, where the chances of real and lasting success are even lower than in professional sport. Several members of the hip hop crew he hung out with died of drugs, shootings, etc. For several years Floyd worked for the halfway established local rapper Cal Wayne as a security guard. In an interview, Wayne said:

“Growing up in the hood, the TV was my mom and the radio was my dad. I had no family to hold me down. Everyone I knew was either in jail, dead or selling drugs. There was a time when I had no place to lay my head at night. In fact, I had an “aunt” who lived around the corner and wouldn’t even let me sleep in her crib [meaning Floyd’s mother]. That’s just the way I grew up, but I knew as long as I had a radio, I would have a dad. The music helped me grow through the pain and the hard times. I don’t know where I’d be without it.

Floyd got a scholarship to a sports college in Florida, worked hard on his career there at first, but for “reasons that are not clear, Floyd left South Florida in 1995 without graduating.” The Houston Chronicle is always incapable of finding information when that information could put Floyd in a negative light.

He next tried his academic luck in Texas in sociology (which is about as useful als philosophy on the job market), but again without a degree. Blame was always placed on others or some circumstances, according to the people quoted from his environment. His first arrest came in 1997 for selling “less than one gram of drugs”. Of course nobody knows how much he had sold before that. A series of further arrests and prison stints followed.

The Chronicle tries to give the impression that Floyd was constantly wrongly convicted by the (racist white) police and the courts.

In 2004, former Houston police officer Gerald Goines arrested Floyd after Goines said Floyd had bought a small amount of crack cocaine from him. Floyd pleaded guilty and received a 10-month prison sentence in state prison, according to court records.

Goines seems to have lied several times in his career in order to arrest people and to obtain search warrants against dangerous criminals. Does this make Floyd innocent? No. That case is being reviewed.

Floyd’s last arrest was his most serious, an aggravated robbery charge with a deadly weapon in 2007, when he was accused of being involved in a home invasion by six men and beating a woman with a pistol in front of an infant. He pleaded guilty.

Again, the wording of the Chronicle sounds as if one wants to give the impression that Floyd was somehow the victim of a conspiracy and innocent or at least far less guilty. Who knows how many crimes he committed for which he was never caught. At this point, the Chronicle is once again unable to obtain more precise information.

Immediately after, however, ther paper presents unverifiable information in great detail, presenting Floyd once again in a light of ghetto glory, as a man who wanted to prevent violence. The claims come from rapper Cal Wayne, who in return for the publicity in the Chronicle says exactly what the Chronicle wanted to hear.

After four years in prison, we learn that he got Roxie Washington pregnant and of course this relationship soon broke up. It was Floyd’s third child. With the previous two, he was not “part of their lives. ” With the third one he finally tried to be a father, but “he had addiction problems” and no real job.

A program for African-Americans in Minneapolis gave him several job opportunities, but as in the past, he hardly ever really saw things through to the end other than of crime. Three weeks before he was supposed to get his truck driver’s license, he didn’t show up again.

Floyd allegedly wanted to pay with counterfeit money in a food shop, but could afford expensive drugs from mysterious sources of money: Fentanyl, meth and cannabis.

The official court complaint against police officer Derek Chauvin describes how the arrest came about in the first place: The police were told that Floyd had paid with counterfeit money The police found him in a vehicle, in the driver’s seat. He may have operated the vehicle while drunk and on drugs. Drug tests would have quickly shown that he had used meth, cannabis and fentanyl. A search of the vehicle and Floyd’s home might have uncovered further evidence. He did not pick a full on fight with the police and did not try to run away, but he refused enough to risk another charge of resisting arrest. This means that, in addition to the counterfeit money, a number of felonies could have been charged against him. With his criminal record he would have been threatened with years in prison. With a bit of luck, the public prosecutor’s office would have regarded him as a small fish and more or less let him go.

It is possible that under the influence of meth and with his previous illnesses he could have had a heart attack before he was even on the ground with Officer Chauvin’s knee in his neck. Arrestees are already under tremendous stress.

While Officer Kueng was talking to the passenger, Officer Lane ordered Mr. Floyd out of the car, laid his hands on Mr. Floyd and pulled him out of the car. Officer Lane handcuffed Mr. Floyd. After the handcuffs were put on, Mr. Floyd became compliant and went with Officer Lane to the sidewalk and sat on the floor on Officer Lane’s orders. In a conversation that lasted barely two minutes, Officer Lang asked Mr. Floyd for his name and identification. Officer Lane asked Mr. Lloyd if he was “on something” and explained that he had arrested Mr. Lloyd for passing counterfeit money. Officers Kueng and Lane stood up Mr. Floyd and tried to escort Mr. Floyd to their patrol car (MPD 320) at 8:14 p.m. Mr. Floyd stood up, fell to the ground and told the officers that he was claustrophobic. MPD officers Derek Chauvin (the defendant) and Tou Thoa then arrived in a separate patrol car. The officers made several attempts to get Mr. Floyd into the back seat of squad 320 from the driver’s side. Mr. Floyd did not get into the car voluntarily and fought with the officers, falling down intentionally, saying he did not want to get into the car and refusing to stand still. Mr. Floyd is over six feet tall and weighs more than 200 pounds. While standing outside the car, Mr. Floyd began to say and repeat that he could not breathe. The defendant went to the passenger side and tried to get Mr. Floyd into the car from that side, with Lane and Küng helping him.

It is possible that Floyd already had a heart attack while standing during the arrest because he was threatened with several charges and possibly several years in prison.

Floyd spent five years in prison in 2009 for aggravated assault in connection with a 2007 robbery in which he entered a woman’s home, shoved a gun in her stomach and searched the house for drugs and money, according to court records. Another suspect had pretended to be an employee of the water authority in order to enter the woman’s apartment. Five other men followed. She was repeatedly beaten with a pistol. Was this crime reported in the national news? Certainly not.

This group was foolish enough to use a vehicle with the license plate number visible. A neighbour wrote down the number and reported the robbery, ending the career of the “gentle giant”.

The intentional science behind the cycle of violence