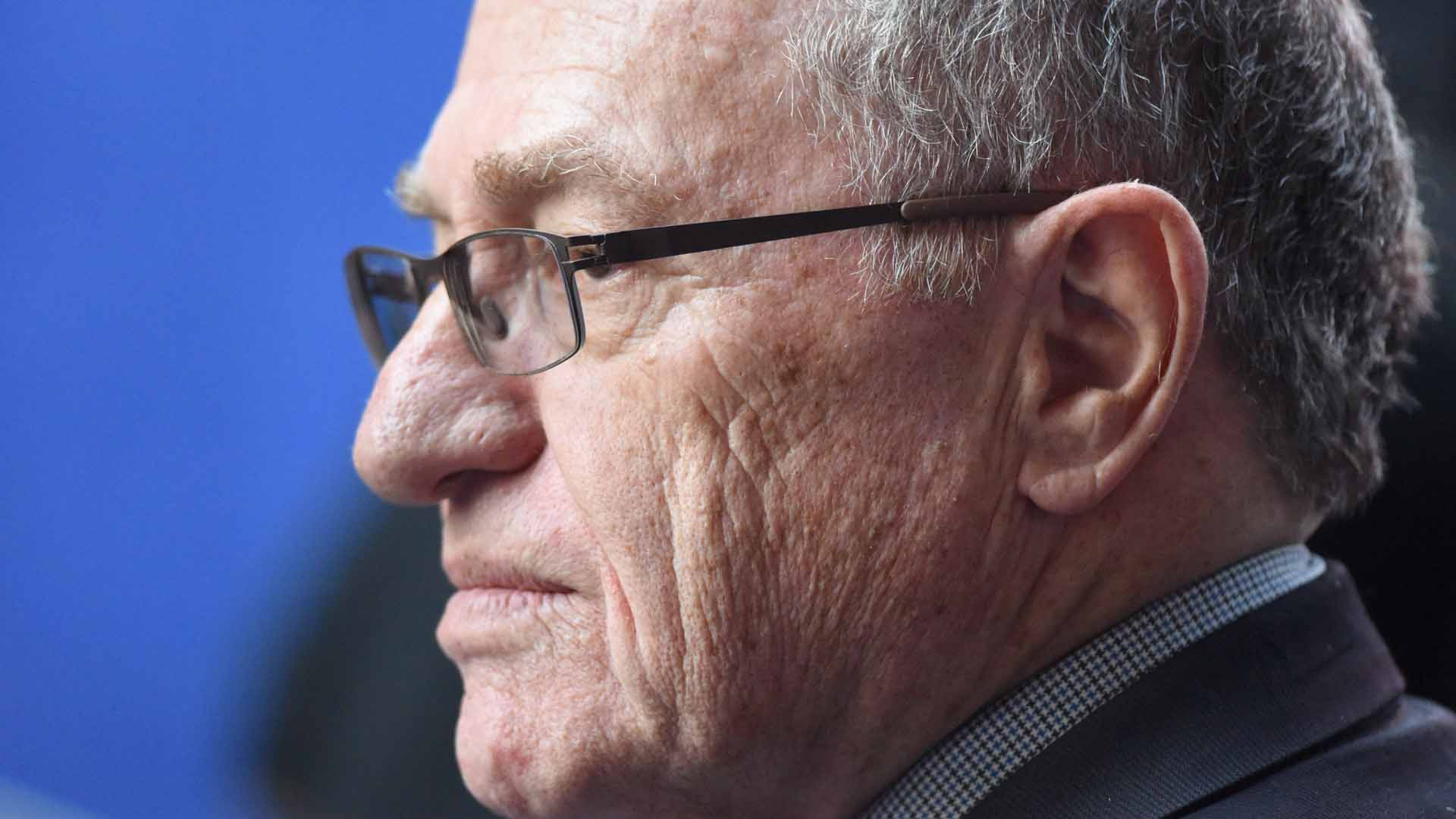 A very enlightening debate between vaccination critic Robert Kennedy Jr. and the establishment lawyer Alan Dershowitz, who is close to Donald Trump, took place on the question of the legal basis of a possible compulsory COVID vaccination.

Dershowitz takes the categorical position that the government has a completely free hand and could force people to be vaccinated because “one does not have the right to endanger others”. Emergency regulations naturally apply to a virus with a 5% death rate and 50% severe disease progression, but is this also the case for a virus with a death rate of just under 1% and 5% severe disease progression? And how does it turn out when vaccinations are developed at high speed with an unsatisfactory effect that lasts only weeks and has (long-term) side effects?

Interestingly, Dershowitz explained that the individual states of the USA had the power to vaccinate citizens by force. He knows that the Constitution and the Supreme Court rank much higher, that the situation is more complex than he claims and that many issues have not yet been fully resolved by the Supreme Court.

At the beginning of the debate, Dersowitz makes the point that there is no general compulsory vaccination in sight because the necessary vaccines are not available. Risk groups, i.e. mainly older people (like Dershwowitz), should be the first to receive vaccinations in winter, or want the vaccination for themselves, while the rest of the population will have to wait months. Thus, older people become guinea pigs.

Dershowitz then has to list the conditions that have to be fulfilled in order to legally secure a compulsory vaccination: The vaccine must be safe and effective. And it is precisely these conditions that Kennedy is attaching to. In addition, the rejection of and scepticism about COVID vaccination among the population is very high, which means that the government does not have the capacity to implement a compulsory vaccination ruthlessly. Dershowitz has no medical background and, as a lawyer, would therefore have to rely on someone else’s assessment as to whether a vaccine actually meets the conditions “safe” and “effective”. The regulatory authorities and politicians are too close to the industry, as can be seen from the “Warp Speed” project, which aims to find a vaccine against COVID as quickly as possible.

Kennedy quotes a study according to which significant vaccine damage occurs in 2.6% of all cases. Is this still to be considered safe? Would you drive a car that has a 2.6% probability of accidents and injuries due to design flaws? The “Vaccine Damage Compensation Program”, which only takes a fraction of the victims into account, has paid out a total of over 4 billion dollars to those affected over three decades. If more vaccine damage can be proven and the manufacturers can again be sued directly, will this ruin the manufacturers?

The industry itself admitted “unavoidable safety deficiencies” in the 1980s and demanded special protection from the government, which responded with the National Childhood Vaccine Injury Act of 1986.

You have to face insane legal construction: The compulsion to vaccinate, that is to say, an intrusion into the physical integrity, must actually meet the highest standards of safety to be legal. But Congress passed an ordinary law that made the safety of vaccination seem much greater than it actually was. This is like allowing any form of censorship of freedom of speech with a reference to the fact that the opinions expressed are not safe, backed up by an ordinary law that deliberately hides whether the opinions expressed really cause harm. This was more or less the situation in communist dictatorships, where, on paper, people had fine rights, but where any critical expression of opinion was considered to be agitation dangerous to the public.

As a positive example, Dershowitz used the smallpox vaccination, which, however, had a very primitive form; instead of exposing people to the smallpox pathogen, they were exposed to a very similar version that circulated in nature. Later vaccines against different pathogens are incredibly complicated matters. The eradication of smallpox does not help Dershowitz in his attempt to claim that vaccines generally meet the conditions of “effective” and “safe”.

Dershowitz admits that he doesn’t know what a COVID vaccine will even look like. He simply seems to hope that a vaccine will be relatively safe and effective and that the courts will then have to weigh up whether the dangers of the vaccination are an obstacle to the compulsory vaccination. He takes conscription as a comparison, which allows the government to send young healthy men into highly dangerous battles. What is missing? Simple mathematics: In the Vietnam War there was a manageable number of dead and wounded soldiers, similar to the much larger Second World War. But if one generation after the other suffers considerable vaccination damage, even in peacetime, how can this still be justified? In the USA about 3.8 million babies are born every year. That would be around 100,000 victims per year. In ten years, there will be a million. Not included are the further, indirect damages and problems of the relatives of vaccinated children. Above a certain level of damage to society as a whole, the argument that the damage should be accepted in order to avert much greater other damage no longer applies.