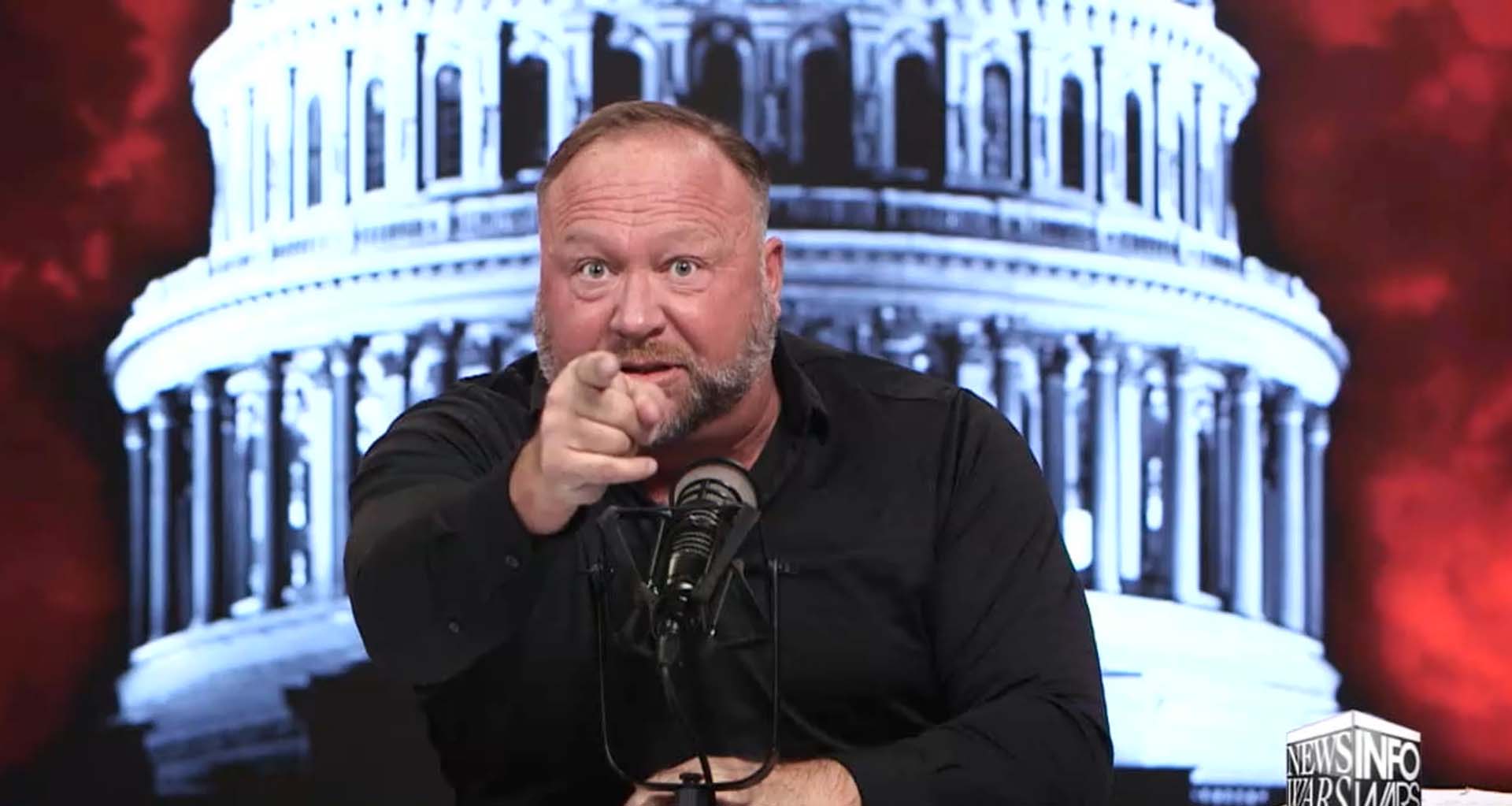 Alex Jones had hoped that the demonstration at the Capitol would bring him worldwide attention. With $ 400,000 from an (anonymous) major donor and another $ 100,000 from his own pocket, he had rented the most expensive spot at the Capitol, including a stage and portable toilets. A million people were supposed to cheer on Jones and even Donald Trump himself was supposed to share the same stage. But everything turned out differently. The crowd barely listened to him. Some began to break through the barricades and enter the Capitol and riot. And nobody cared about Jones anymore. Instead, an unemployed actor with a buffalo fur hat and horns, the so-called “QAnon shaman”, became famous worldwide.

The core of the QAnon myth is based on the worldview of the old-fashioned conspiracy media from the John Birch Society, whose works already influenced Donald Trump, his father and Alex Jones. According to the JBS every serious conspiracy mus be a communist one, even though the world is much more complicated than that. For decades the JBS audience hoped that a right-wing group with influence will finally strike a mega-blow against the supposed leftwing world conspiracy. For the Q community, Donald Trump was the savior, but now he’s gone and the Democrats now have majorities in the Senate and Congress in addition to the White House. The leaders of the Q circles, however, seem to continue unfazed. Alex Jones seems extremely upset that he is losing market share. In a telephone interview with the QAnon shaman there is a lot of shouting:

The shaman and Jones are not really that different. Jones preached a similar Trump salvation doctrine as the Q sect, but without basing it on Q’s cryptic nonsense postings from a message board. Entering the Capitol was less informative than Alex Jones Infiltration of the Bohemian Grove, but the differences aren’t that big either. The shaman’s costumes may be a bit ridiculous, but Jones has worn even worse costumes and make-up as PR stunts.

The shaman is younger than Jones and looks significantly more handsome and has the cooler beard. Perhaps Jones fears that in a few years the shaman will be more successful than him and the Q sect will dominate conspiracy media. The shaman has consumed “alternative” media long enough to sound like a seasoned influencer pro or local politician on autopilot, pretending to know how the world works and how to save it. Why should people still listen to Jones instead of the shaman?

Jones emphasizes the decades long groundwork done by his himself and traditionalists at the John Birch Society, such as Cleon Skousen or Ron Paulm who, didn’t rely on cryptic nonsense-postings a from an anonymous internet account and “interpretations” of said postings like you are reading tea leaves. Fair point. But the John Birch Society relied heavily on older, highly manipulated conspiracy books. Carroll Quigley was quoted extensively by the JBS, but was not quoted correctly. Quigley complained that his research was grossly skewed and falsified by the JBS to fit into old, flawed narratives.

The shaman doesn’t really care about the traditionalists. He represents the new generation of conspiracy activists who are increasingly supplanting Jones, who is now one of the greying old-timers.

Jones actually does have contacts with high-ranking figures like General Flynn, but they are also influenced by ideas from old conspiracy books of the Birch Society and the Echo Chamber, of which Jones is a member. Jones wants to know from the shaman what kind of special knowledge and special insight he has. The answer is his shamanic religious creed.

Let’s not forget that Jones had repeatedly stated (e.g. in the Joe Rogan podcast) that “interdimensional aliens” are behind the evil in the world. So what’s the great difference between Jones and the shaman? The only major difference is that the Q generation of influencers bases grand ideas on nonsense postings on the Internet. Jones hates the shaman, but posts videos of David Icke, whose ideas, such as about interdimensional reptiloids, partly come from psychedelic intoxication and esoteric media.

The Q crowd and the shaman want to go on and will not be deterred by the fact that the big announced blow against the left world conspiracy (the “plan”) fell through and the Democrats now have the White House and majorities in Congress and the Senate. The shaman thinks that Trump was probably just part of a much larger “plan”. At that point Jones goes completely ballistic, despite saying roughly the same thing in interviews: Trump is supposedly only part of one of several waves of the conservative revolution.