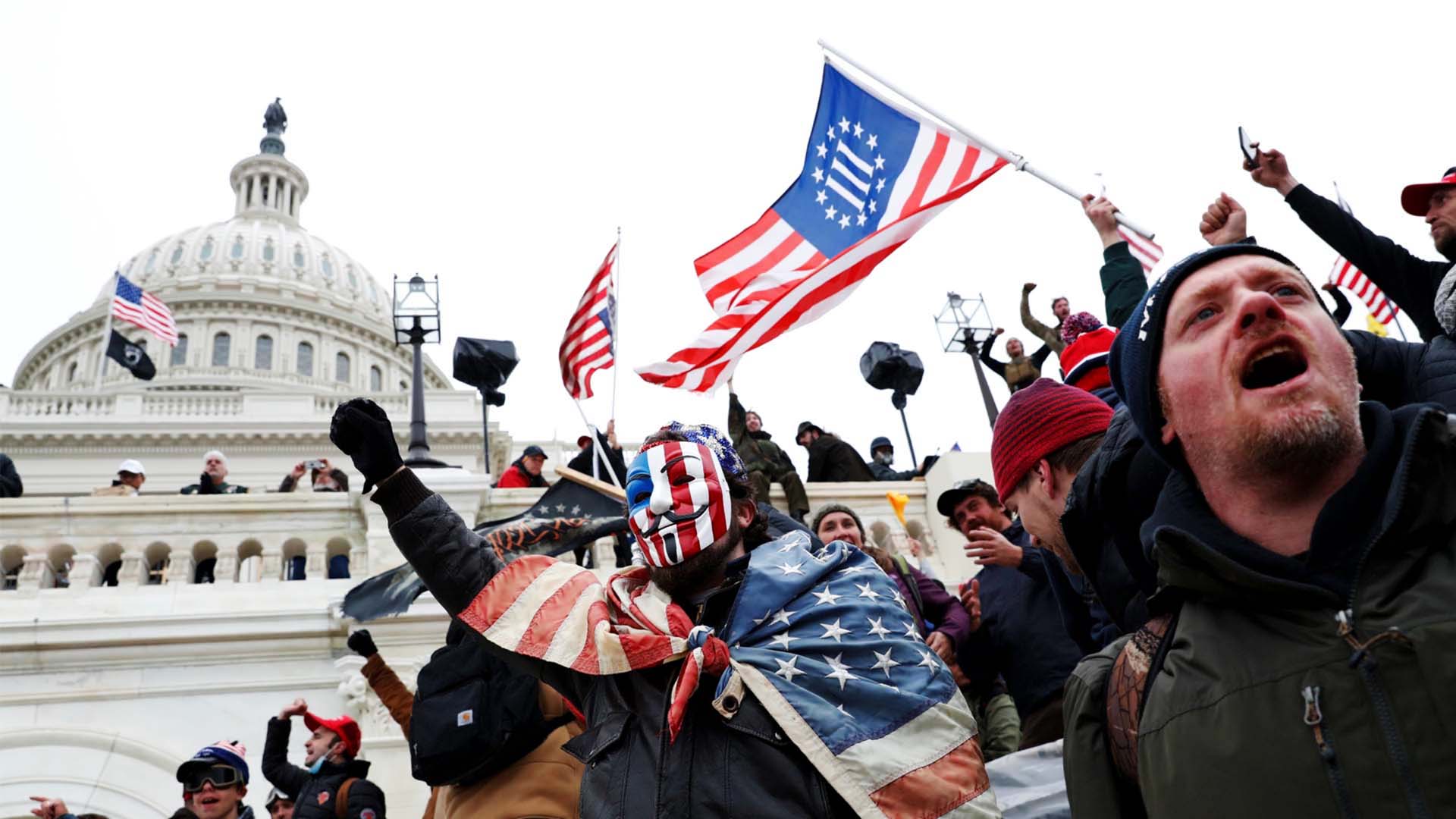 Trump believers are now realizing that he is not Santa Claus and that he is not bringing a sack of presents. He was never going to deliver a revolution because that was simply the marketing the GOP needed in 2016 to target voters who never would have voted Jeb Bush. He was always just a talker, not someone who delivers. His narcisssism was so clear and present that everybody should have immediately known he was trouble and constantly tried to create his alternate reality universe inside his head. If you get involved with a narcissist, things will go up in flames. It wasn’t hard to detect.

He may have been influenced by some old conspiracy literature from the John Birch Society, just like his father and like the Koch family, whose lobbyists were all over Donalds transition team. The late Fred Koch was even a founding member of the JBS. Rightwing media personalities such as Alex Jones based their world view on old JBS books. The whole QAnon myth was nothing else but an outgrowth of the old JBS dream of an uprising. But that does not mean these people are experts in intelligence matters and are your friends and leaders in the fight against what the JBS thought was a communist led world conspiracy. I chose to not join the hype in 2016:

New stars were created with Mercer money like Milo, and then faded. Breitbart had its 15 minutes of fame before collapsing. Infowars was raking in 40 million $ a year and are now in money trouble.

Jones probably knew weeks ago that Trump was done. He indicated in the Tim Pool show that he is planning for a future without Trump. He denied having been a Trump propagandist and wants to do more “classic” conspiracy reporting which probably means doing a rehash again of old JBS material. He will misquote Carroll Qiogley just like the JBS has done since its beginning and he will claim to be a conspiracy expert when he is simply just another activist who knows nothing but old JBS narratives.

Mike Pence never had the power to change the results of the votes. It is a silly backstabbing myth that the revolution almost succeeded but Pence and some alleged Antifa provocateurs sabotaged it in the last minute. The country is roughly split 50/50 and Trump and his favourite media outlets could not change that. The GOP had years to investigate any possible Chinese interference in Voting systems. But they only started to freak out when Biden moved past them after an early Trump lead. Suddenly there was flurry of accusations against Dominion and Smartmatic, whose products have been certified and accepted by multiple government agencies. Dominion plan to sue various individuals and media outlets and it will be interesting to see the sworn depositions whre actual evidence has to be presented. Probably those who get sued will settle.

Influencers inundated their audiences with the mantra of “trust the plan!” but the trust is gone now. There wasn’t a “storm”, just a deminstration gone wrong in D.C.

There never was a revolution. Only as a virtual online fantasy and LARP. A fata morgana. A pot of gold at the end of the rainbow. The tooth fairy riding on a unicorn, sprinkling us with pixie dust.

Sure, the influencers can focus now on complaining about the Biden admin every day for the news four to eright years, and they don’t have to “explain” Trumps constant mistakes any longer. But here isn’t a new idea to rally around. No new leader. No new phantom such as Q. How are they going to expect the GOP to win in 2024 with same same old program? And haven’t the more conspiracy minded influencers and followers understood by now, that the GOP is still the same it was during the Bush years?