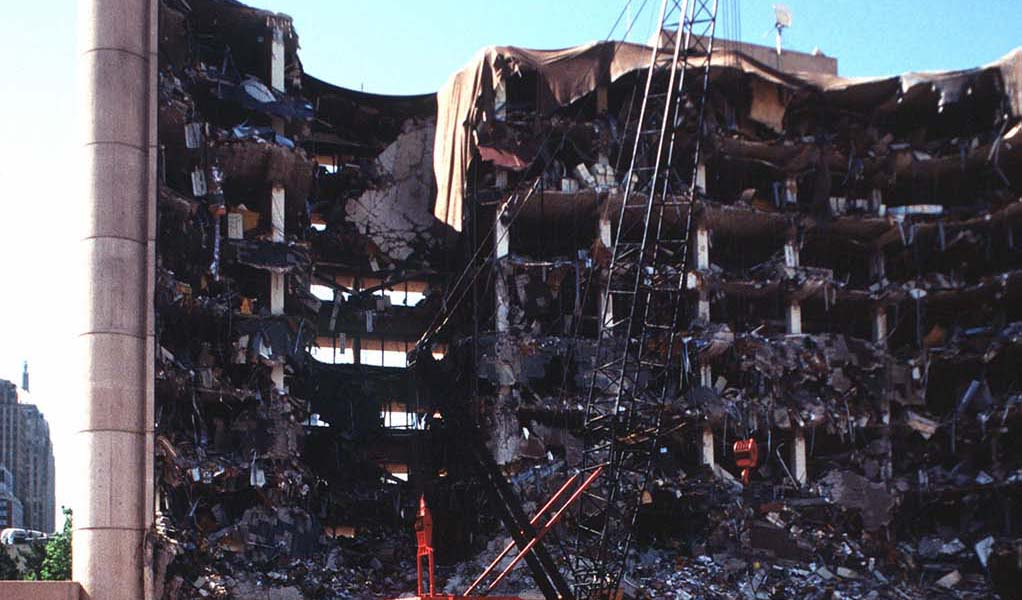 The Capitol riot was only the tip of an iceberg. Several deaths and the damage to emblematic objects belonging to the US government are not the end of the world. But the much larger problem of the division of the country and the growing radicalization on both sides is the starting point for further, significantly larger problems such as a new Oklahoma City attack. If even the “Capitol Storm” had far-reaching consequences, what about full-blown terrorism?

After OKC the predictable narratives started to circulate: The nonsensical idea of banning certain semi-automatic weapons and accessories to reduce the threat of terrorism. The nonsensical idea that rightwing terror was statistically meaningful. More funding for questionable federal agencies who ironically need more radicalism to expand. On the other side the “patriot” brand of media used the universal narrative that the leftwing/banker/jewish/illuminati world conspiracy was behind the attacks. Some interesting leads came out of this such as possible early warnings to federal agents. Yes, certain rightwing groups that McVeigh had briefly touched were infiltrated with agents and informants. But all in all the patriot media could not prove a “false flag” and was grasping at straws. McVeigh supposedly was a mind controlled programmed super-spec-ops tool, when in reality he was a smart enough highly decorated war veteran who became disillusioned in operation Desert Storm, ended his promising military career and became a depressed broke activist, hanging around problematic people. He was a Bradley gunner and highly disciplined, but he didn’t have much of a clue about the empires and its history, especially in the are of intelligence. McVeighs tradecraft was sufficient to buy and steal chemicals and parts for his bomb without getting detected before the big day. But he made enough mistakes to get nailed pretty soon afterwards. His “education” consisted of the typical John Birch style diet of conspiracy lore based on much older books that were often times psychological warfare of British intelligence. He and his comrades in the early 1990es belived that the “New World Order” would strike very soon against the patriots with a massive UN takeover, confiscating weapons and setting up internment camps. It is 2021 now and this strike has not materialized yet. It is simpler for governments to keep adding gun laws and domestic terror legislation over a longer period than it is to do a doomsday strike.

Todays patriots still only know the old John birch style conspiracy narratives, there hasn’t been any progress since the early 1990s and patriots today still fear an imminent mega strike. Just like McVeigh today’s rightwingers still read the “Turner Diaries” which fantasize about terror attacks leading to a civil war which is then won by the patriots.

It is a matter of statictical probablity that some guy, sooner or later, will accumulate the chemicals to make ANFO or composition C2 or whatever type of explosive will get him worldwide attention. It is possible that federal agencies will fail to detect this attack in the planning stages. It is possible, that some dirty agent will delay or delete a crucial bit of information so that the attack can happen.

Afterwards the “guilt by association” game will go into overdrive. Some patiots who will go to jail will be just misguided, some will be psychopaths.

But then, the US ruling class wants a balance between left and right, a swinging pendulum that keeps people occupied with standard activism. A too big terror attack could upset the balance.

Trump lost a normal election (by American standards) and the Democrats now have majorities in the Senate and Congress. At some point the pendulum will swing to the right again.