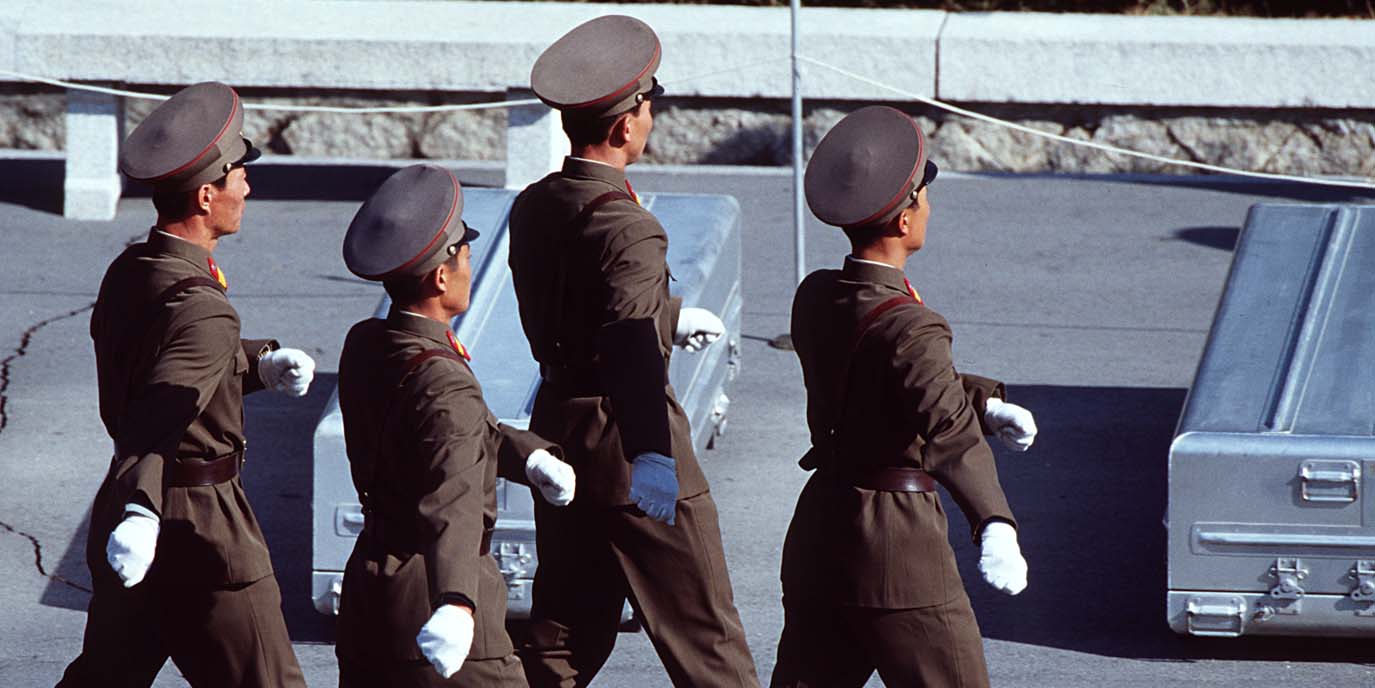 Officially all involved parties in the North Korean crisis want nothing more than peace and tranquility but we should all know better. The superpowers have all built up NKs nuclear capacity directly and indirectly, be it through the sale of entire reactors (Russia and the US), parts and pieces for Rockets (China, EU, Russia) or by providing the financial means. The EU had bought so much overpriced Russian oil and gas before 2014, that Moscow could simply erase 11 billion $ of North Korean debt, which in turn paid for the nuclear program that is now at the core of the crisis.

Every single superpower is now pretending to work hard for a peaceful solution and to consider violence only as a last resort, while defusing the situation becomes less and less likely.

Russias intentions are to conquer territory in Eastern and Northern Europe and that is precisely why a war in Asia between the Koreas, the US and Japan would be a much needed diversion. As long as the US forces are tied up in Asia, Russia thinks it has a free hand in Europe. How far will Russia go? As far as possible and the more entangled the US is in Asia the further West Russian forces can advance until reaching a deal. That is the reason Russia has been quietly supplying North Korea.

The Chinese government does not want to be seen as the one who shot first at the US forces, therefore North Korea was built up as a suitable proxy to do the shooting for Beijing. In an ideal Scenario for Chinas communists, North Korea sinks one or more American aircraft carriers and attacks US bases in Guam and Hawaii. A lot of damage could be inflicted without China being directly responsible for it. Kim Jong Un is the perfect setup with his crazy hair and his extreme statements and human rights violations. He will be portrayed as a Hitler-type figure with irrational aspirations. Once the US navy is decimated the Chinese hope to rule the Oceans.

The US has indirectly built up the North Korean threat as well. What’s in it? Any war with North Korea will inevitably draw in China and catch the Chinese unprepared for a larger war before 2020. In that year or shortly after, China planned to be more battle ready. But now the North Korean war could derail Chinas timetables and also cause massive sanctions, tanking the Chinese economy and thereby luring a panicked China into large and dramatic military moves. NATO could, if it plays this right, paint itself as the free world once again, saving humanity from aggressors.

We cannot rule out the possibility that the superpowers are already alligned at the very top, using the articifical crisis to scare the world into accepting world government or to use a world war to decimate populations and have it result in a world government nonetheless.

We cannot be sucked deeper into a primitive east-west-paradigm that is propped up by relentless propaganda worldwide including the “alternative” media. It is designed to discredit critical voices and give rise to a new McCarthy era witch hunt.

Why Trump bombed Syria again and what really comes next