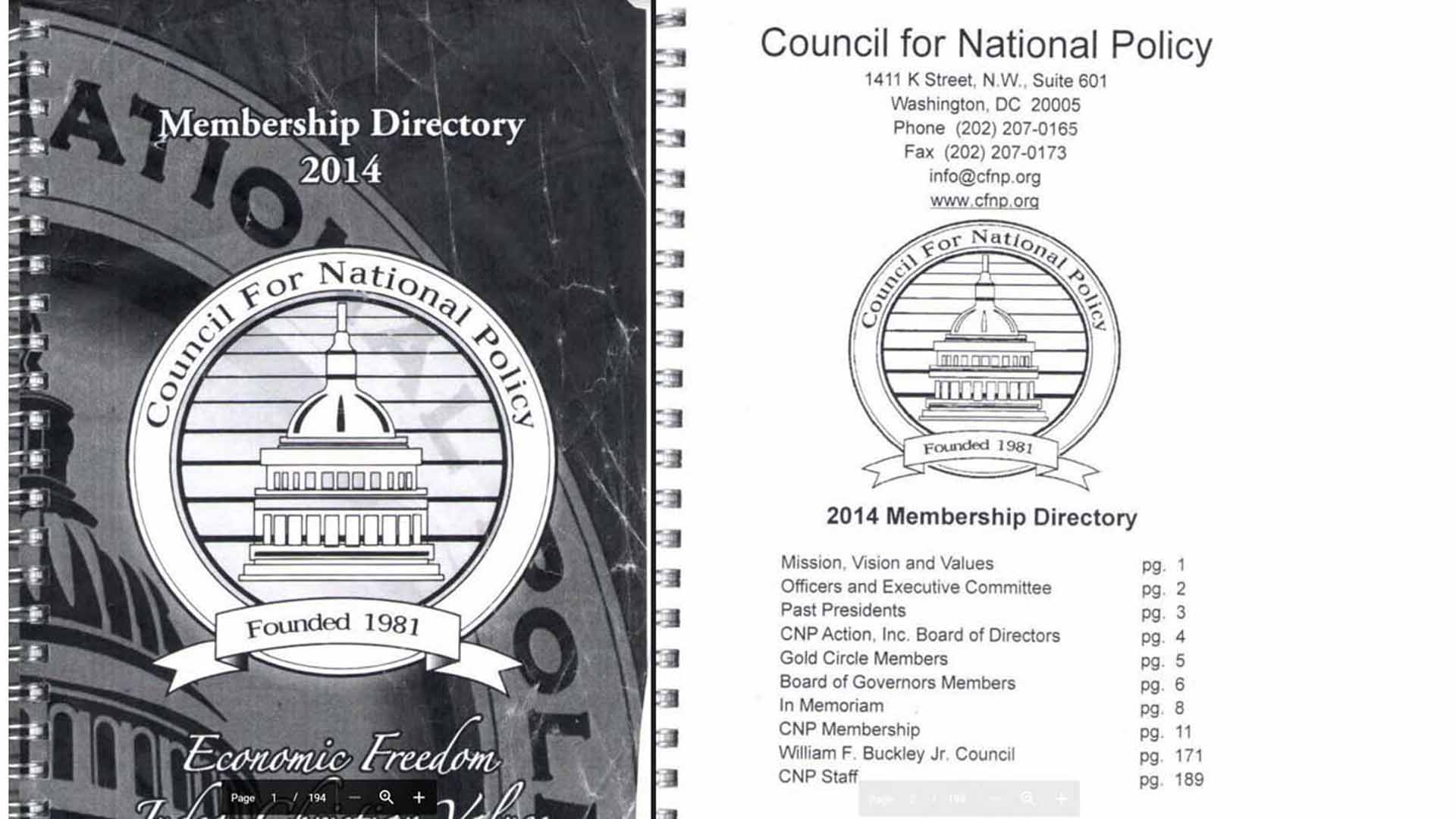 Do the CNP and the CIA run or steer the alt.right movement?

The CNP is the conservative counterpart to the left-wing or social-democratic Council on Foreign Relations, which in turn dates back to the roundtable groups of the British empire. From the shadows, the CNP seems to steer many flavors of the political right in the US, and has done so for decades. The spectrum ranges from mainline Republican groups to shock jocks like David Duke and even the early conspiracy media of the John Birch Society. Not every CNP-member is automatically and consciously part of a conspiracy. It can be assumed that many bona fide members are simply watched and indirectly steered.

The membership lists of the CNP are secret and members are requested never to mention the organisation by name. A list of members from 2014 has fortunately been leaked. Among the members are

In 1990, young Erik Prince completed an internship at the White House under President George H.W. Bush (formerly CIA Director, member of Skull&Bones). Prince and his relatives own billions in various business fields. His youngest son, Charles Donovan, was named after William J. Donovan, the former director of the secret service OSS, forerunner of the CIA. Blackwater received generous government contracts worth at least $1.6 billion plus a series of secret contracts of unknown amounts. At least an additional $600 million is estimated by the CIA. Prince’s parents were members of the CNP and Erik, it is assumed, is also part of the group.

The guru of the so-called alt.right movement, Richard Spencer, who calls for “peaceful ethnic cleansing” to preserve the white race, has a man from a family of influential CIA patrons behind him. William Regnery II comes from ultra-right circles full of neocons and intelligence men and is happy to finance select rightwing figures. With Spencer as his frontman he built up a think tank and also gave money to other right-wing organizations.

When Richard Spencer and his colleagues in Hungary wanted to hold a conference with the guest Alexander Dugin, a radical leader of the “new right” from Russia, they were thrown out of the country because the Hungarian secret services suspected the American Spencer of working for the CIA.

Breitbart’s Steve Bannon is also CNP and after his stint in the White House he wants to build a conservative “Movement” in Europe to counter George Soros who plays the patron of the left.

Alex Jones of Infowars repeatedly boasted that close relatives of his maintained significant contacts with the CIA and Special Forces. As a dentist, his father supposedly gave special teeth implants to CIA agents. Alex’ cousin Buckley Hamman, who lhelped to launch the radio show in 1993 and who stayed with the company for years, is the son of William Hamman, a Vietnam veteran who settled in Guatemala and has – according to Alex – assumed a leading position in the armed forces, comparable to the infamous Oliver North. The American circles in Guatemala were extremely anti-Communist right-wingers who did not shy away from anything and there are links to conservative circles in the USA that dealt with conspiracy theories. So far, no one has closely examined whether William Hamman was actually significant on a larger scale.

Counterintelligence is a delicate business. You can neither blindly trust those who seem to have a ready-made rightwing revolution prepared, nor can you succumb to Paranoia.