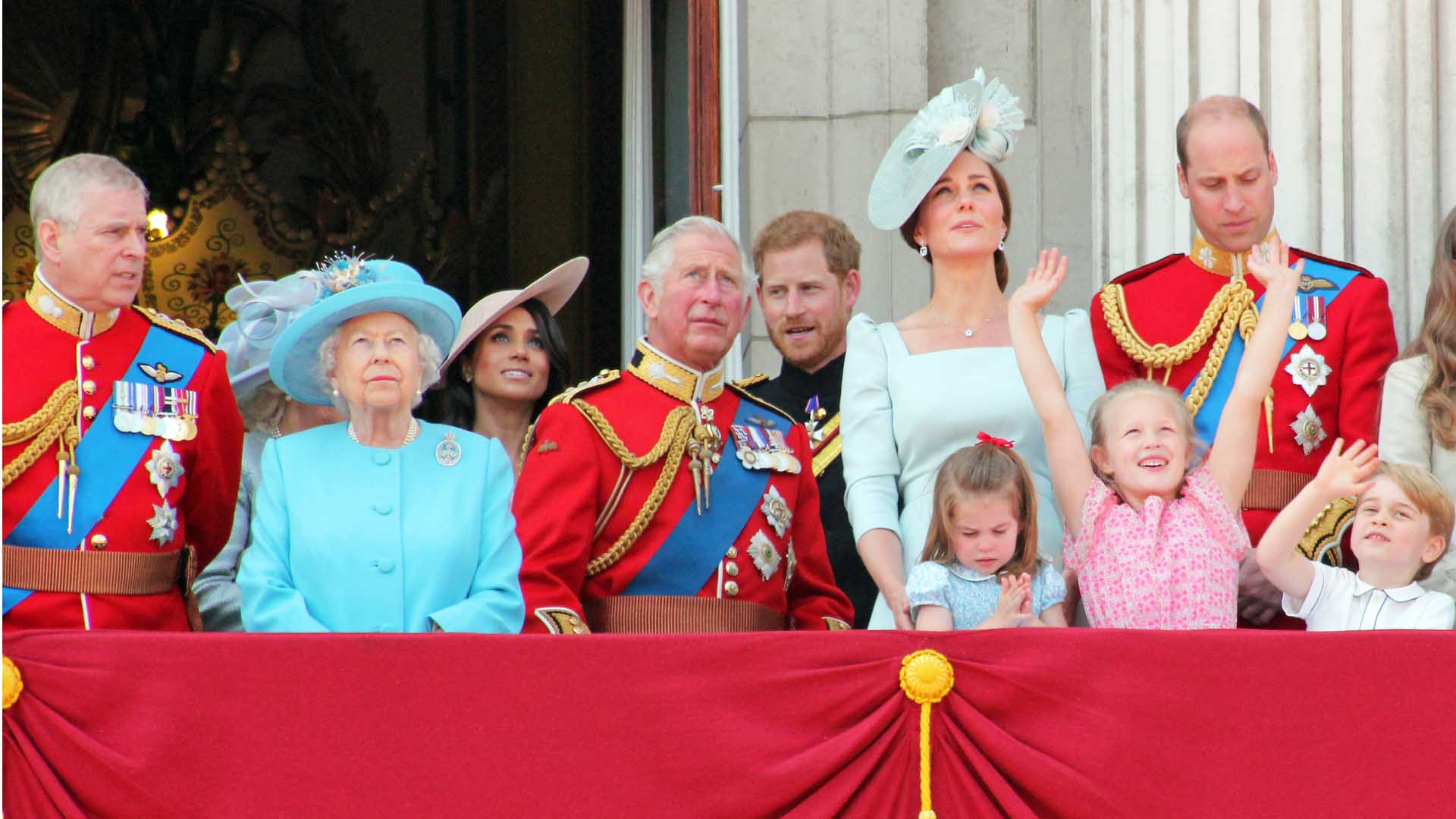 The political centre, the left, the right, the libertarians and even the supporters of conventional conspiracy media firmly believe that the nobility had lost its power to politicians and entrepreneurs. No one has systematically pursued the obvious question of whether the German-British Guelph nobility simply used their money, their secret services and their scientific network (Royal Society) in time to use agents to build corporations and covertly control politicians.

In a classical, aristocratic dictatorship, the ruling class and the prescribed ideology were easy to understand and one was not allowed to complain as a subject. In a modern democracy you are allowed to complain about everything, there is a wide range of ideologies to choose from, but it all seems terribly complicated. On paper, all power comes “from the people” but the people can only put crosses on ballot papers for parties whose officials are not really known. The “rule of law” sounds good, but you would have to be a specialized lawyer to understand even a single area of law. The parties are constantly changing with new people, changing agendas and their underlying ideologies are fuzzy and confused. The citizen can only guess how much influence the economy or the trade unions have on the politicians and furthermore the politicians also point to the influence of foreign countries, the European Union, NGOs, NATO, WHO, WTO etc.

From COLONI to taxpayers entitled to vote

The classical monarchy and aristocracy borrowed their techniques of rule from the ancient Roman Empire and other empires of antiquity. At the very bottom of the hierarchy were the slaves and a little above them the serfs. Serfdom already existed in ancient Persia, Mesopotamia, Egypt, India and China. In the late phase of the Roman Empire and in the early Middle Ages, subjects who had certain rights, made complicated contracts with landowners and had to pay taxes according to a mathematically exact system were called “coloni”. Among them was the class of the “coloni adscripticii” who were almost complete slaves, but at least were bound to the landowner’s property and could not be sold anywhere like a thing. The Adscripticii were not allowed to complain and were not allowed to flee. Such a system existed in Russia until the 20th century, when it was replaced by socialism, which was not fundamentally different. Russia still considers itself “the third Rome” or the legitimate successor of the Byzantine Eastern Roman Empire, which existed even longer than the Western part. The Western Roman Empire had been weakened by several outbreaks of epidemics and could no longer defend its long borders. Roman elites spread throughout Europe and from them emerged the European noble families and royal houses. The peasants were supposed to produce the food, the clergy administered the religious affairs and the nobility was responsible for “security”, which inevitably included espionage and counter-espionage. There had to be informers among the peasants, who could warn in time of any uprising, agents and informers in the cities, as well as in the military. The peasant uprisings did not always originate from the peasants themselves, but from city dwellers and nobles. Servants could overhear and pass on all kinds of secrets. In the small German principalities, one could experiment with the softening or even abolition of serfdom without taking great risks. England and Scotland were the first countries in which all serfs were freed. In the second half of the twelfth century, Henry II set about restricting the power of the barons, thus taking the first step towards establishing a new social structure to replace feudalism. The end of serfdom began with the Peasants’ Revolt in 1381, and was largely extinct in England as a personal status until 1500, when Elizabeth I liberated the last remaining serfs in 1574. In 1714, the Guelphs from the House of Hanover ascended to the British throne and a few decades later the American Revolution happened, which was an agreed matter at the top. The British generals let George Washington and his Continental Army escape several times, the French were tempted to invest a fortune in Washington and finally France had to sell huge areas in North America cheaply to the new USA. The Anglo-Americans were at the forefront of transforming an old system of serfdom into the modern, intelligence-managed bogus democracy and intelligence-managed bogus capitalism. Higher freemasonry was nothing more than a kind of second unofficial nobility with an intelligence component. The USA made extensive use of slaves from Africa, thus continuing old Roman practices under the guise of democracy. In the course of the removal of feudal burdens, personal serfdom was not abolished in Germany until the beginning of the 19th century. Even longer the manorial system with its fronts and obligations to pay in kind remained. In the Principality of Braunschweig-Wolfenbüttel of the Guelphs, however, serfdom was abolished as early as 1433. In the Guelph kingdom of Hanover (see also the later throne of Britain) it was abolished in 1833. In the Grand Duchy of Hesse, the abolition of serfdom became legally effective on 13 July 1813. A compensation payment of the former serfs to the former serfs was provided for. In the Duchy of Holstein, Hans Graf zu Rantzau was the first Holstein lord of the manor to abolish serfdom permanently for his farmers step by step since 1739. On 27 December 1808, Princess Pauline zur Lippe signed the decree abolishing serfdom in the Principality of Lippe. In 1708, the Duke of Mecklenburg-Schwerin, Friedrich Wilhelm, had brought about the abolition of serfdom for the peasants from their landlords. In the Duchy of Nassau, serfdom was abolished in 1808.

During serfdom the resentment about exploitation was naturally directed against the big landowners or the nobility. Democracy and capitalism made the world and the conditions of exploitation much more complicated. Politics became a soap opera and reality show with far too many actors. Capitalism and industrialisation created new jobs in the cities, but they were very badly paid. In the new world, citizens now regarded each other as political opponents and economic rivals. The nobility had the money, the intelligence structures and also science (through organisations like the Royal Society) to control the important industries and politicians in the new era. It was beyond the time capacity and educational horizon of the individual citizen to thoroughly examine thousands of politicians, understand the confused ideologies and assess the consequences of political programs. Even today, political scientists know that voters do not read election manifestos, but rather make their cross roughly according to feeling, ideological preference and superficial sympathies for political candidates. If there were a short quiz that has to be answered reasonably correctly on the ballot paper to make the vote valid, more than two thirds of the ballot papers would probably be permanently invalid. And our offspring are getting dumber and dumber: a survey of 7,500 schoolchildren from Germany showed that many cannot name the essential difference between the Federal Republic, the GDR and Nazi Germany.2 Only half of them even knew that the Nazi state was undoubtedly a dictatorship. Only a third of the children rated the GDR as dictatorial. It was irrelevant whether the students had made any compulsory visits to memorial sites or hiking trips to the countryside. In principle, this serious lack of education is comparable to illiteracy or the inability to do basic arithmetic. As one might expect, after this devastating study, politicians unwound the usual program and declared that the states and their schools were to blame, as well as a lack of tax money. Only more tax money for more memorials and more school lessons could put an end to these conditions.