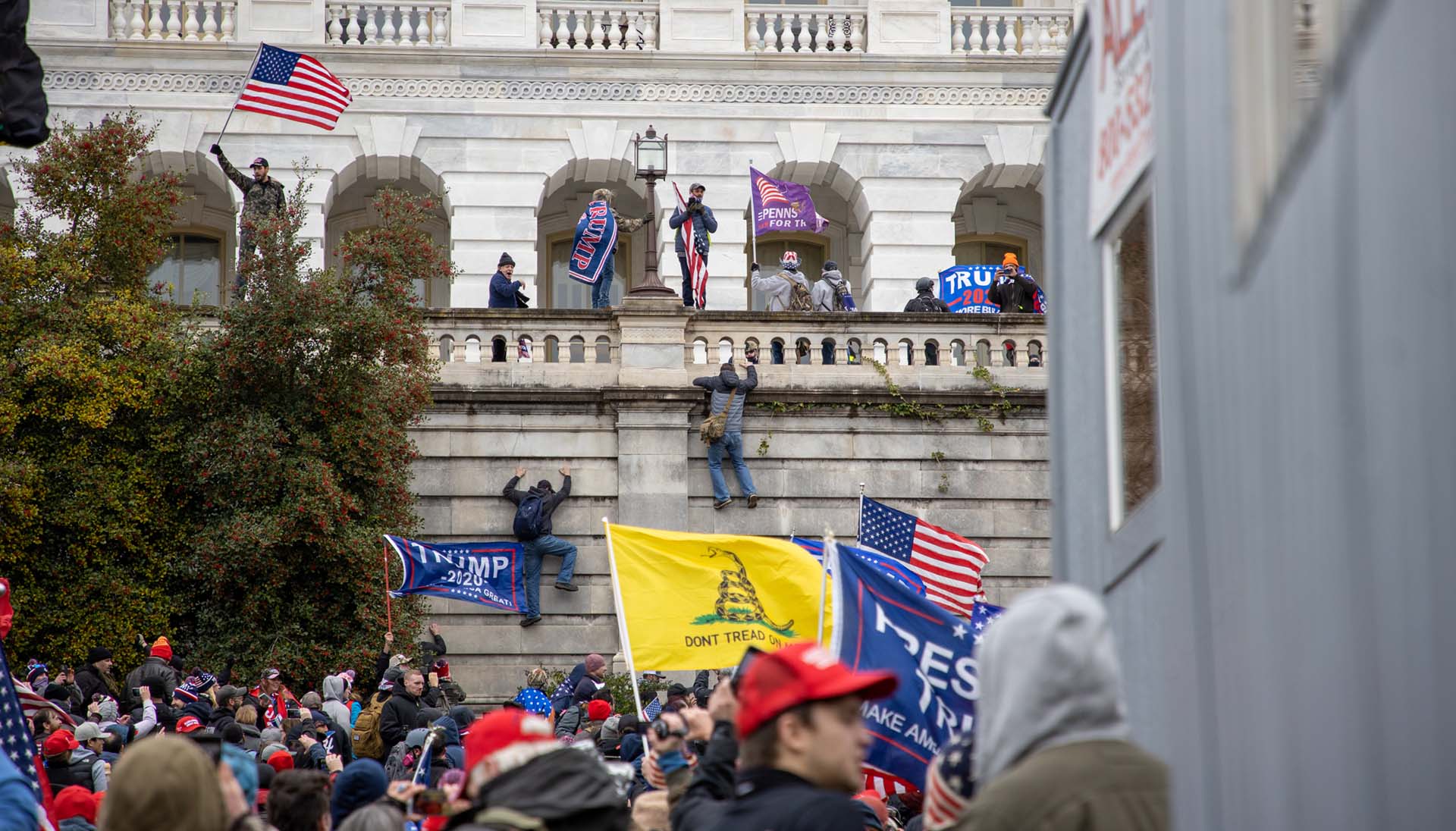 Pro-Trump media outlets are pushing the “false flag” narrative in the Capitol fiasco. In other words, the communist world conspiracy is to blame for the misery. The outlets also continue to insist that the presidential elections were stolen, while the manufacturer of voting machines Dominion, who has been accused again and again, has now filed the first lawsuit for defamation. Dominion demands $ 1.3 billion $ in damages from attorney Sydney Powell and will next file suits against various media platforms.

Facts about provocateurs are extremely thin and scarce at the moment and some sensational reports have already been exposed as fakes. If you plan and hype up a grand protest, shouldn’t you prepare in advance to protect against possible provocateurs and simply against violent supporters of your cause? The Q crowd believed in a master plan. Others said Trump played 4D chess. And then a few provocateurs from “Antifa” ruined everything? Sorry, that’s too simple and a lousy excuse. Trump was the wrong man for the job from the start. The Republican Party has never really changed. The following issues are noticeable so far: