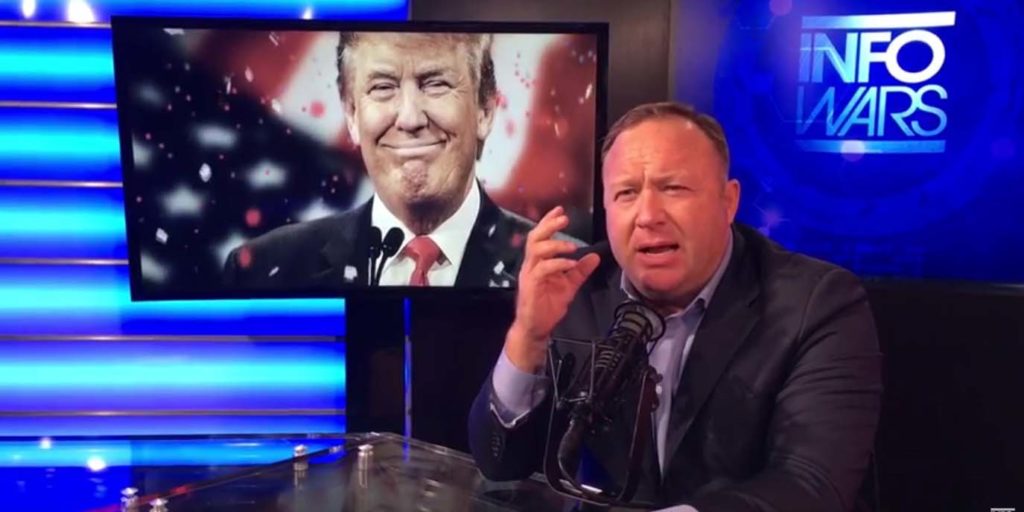 Many Trump supporters have never even heard of the John Birch Society (JBS) or barely remember hearing about it. You would have to be very old to have experienced its heydays yourself. The JBS was an influence for Trump, his father, Mulvaney, Mike Pompeo, Alex Jones and many others. Pompeo’s career was supported by Koch industries, whose patriarch was even a founding member.

Communism during the cold war killed and enslaved a lot of people and it also had extensive espionage programs. The JBS was not content with regular anticommunist investigations and activism, because there seemed to be a much larger problem. High ranking people in the White House, the state Department and also some very powerful indutry titans had helped the community revolution in Russia, had sold important technology to the Soviets, and somehow managed to fail at supporting the nationalists in the Chinese civil war. On US soil, domestic socialists infiltrated the institutions of the state and society with the help of big money from the industry.

The JBS drew its inspiration from older, classic conspiracy literature and suggested that a group of “international bankers” who were not Marxists or soviet KGB agents, were using communism to achieve world domination. Certain industry clans such as the Rockefellers and British roundtable groups supposedly worked for these bankers. There were enough interesting ideas in the JBS books but there was one fatal flaw: The older conspiracy literature that influenced the JBS had been heavily manipulated by British intelligence. Certain crucial pieces of old disinformation were unfortunately rehashed by the JBS and this causes massive problems to this very day. The Capitol riots, the QAnon cult and a lot more goes back to the old disinformation. The JBS may have distanced itself from Nazi ideology, the fake Protocols of Zion and the notion of a jewish-led satanic banker conspiracy. But still the JBS bestseller books from Gary Allen and Cleon Skousen overexaggerated the power of banks and central banks, overexaggerated the role of jewish bankers, and pushed the false narrative that jewish bankers had managed to take over the British empire and the US with nothing but standard loans and some basic intelligence work. The Nazis had believed the same disinformation and subsequently fell for an angloamerican deception campaign, in which powerful rightwing US circles and the British aristocracy pretended to be friendly towards Germany. The ruse worked, Hitler abstained from an invasion of Britain and instead attacked the Soviet Union. Britain kept attacking the Nazis, America sent military gear to Russia and then joined the war. The JBS advocated partnerships with powerful rightwing circles without understanding that these circles are not who they pretend to be. The more aggressive the JBS became, the more it fed into the leftwing paranoia. The left has a simplistic believe in a grand rightwing world conspiracy, because of disinformation, and viewed the JBS as lying shills for the super rich who wanted a rightwing regime. We see the same misguided confusion today and mnost people are not even aware they have been influenced by ideas that go back to the JBS.

The old aristocracy had never really lost its power, but used its intelligence networks to create political parties, corporations and banks as front groups. The aristocrats secretly controlled the ideologies and political movements, such as conservatism, socialism, and even conspiracy literature. The large cluster of Welfen aristocrats who ran the mighty British colonial empire and a range of smaller European kingdoms and principalities, was much bigger than most people realize and its family based cenral intelligence network was very sophisticated. British intelligence was running psychological warfare operations against the French even before the French revolution. Conspiracy literature was circulated which depicted the French and the Vatican as Satanists behind every possible conspiracy. The Frech countered this with their own conspiracy media which depicted the Brits, its protestant church and Freemasonry as satanic and conspiratorial. British intelligence was destabilizing France through the enlightenment movement and used front groups like the Illuminati of Bavaria. When Weishaupts order got busted by the police and published captured documents, British intelligence launched a series of bestselling conspiracy books by authors such as John Robison and Augustin Barruel, which basically avoided any investigation into british/aristocratic intelligence. The most important members of the Illuminati were Welfen aristocrats closely related to the British throne. The house of Hessen-Kassel and the British throne controlled the Rothschild banking operation. Simultaneously intelligence started to promote the fairy tale of the Rothschilds and other jewish bankers taking over the British empire. Angloamerican circles also heavily promoted the fake protocols of Zion after World War I as a ruse to soften German anger against Britain and the US. The international jewish banker conspiracy was declared as the main reason for this war to happen.

G. Edward Griffins book about the Federal Reserve does not sound much like classic jewish world conspiracy lore like for example Eustace Mullins’ work. But Griffin also has an exaggerated view of the FED which is only partially based on private institutions. It is not a jewish private bank masquerading as an American institution. The first two central banks were run by the US establishment, not jewish bankers from Europe. US presidents complained about the corruption which threatened the stability. The fairy tale goes that the Rothschilds, after magically taking over Britain without getting arrested or killed, took over the US.

Cleon Skousens books influenced Glen Beck, senator Orrin Hatch, Mitt Romney, Rick Perry and many more. Skousen distances himself from the fake Protocols of Zion, but then delivers the same old exaggerated narrratives about jewish banks. Among the sources Skousen cited to substantiate his claims in The Naked Capitalist was a former czarist army officer named Arsene de Goulevitch, whose own sources included Boris Brasol, a White Russian émigré who provided Henry Ford with the first English translation of the fraudulent Protocols of the Elders of Zion, and later became a supporter of Nazi Germany.

In his book “The Naked Capitalist” skousen writes

It should be noted in passing that while the Rothschilds and certain other Jewish families cooperated together in these ventures, this was by no means a Jewish monopoly as some have alleged. Neither was it a “Jewish conspiracy.” As we shall see, men of finance of many nationalities and many religious or non-religious backgrounds collaborated together to create the super-structure of economic and political power which Dr. Quigley is about to disclose. No student of the global conspiracy should fall for the Hitlerian doctrine that the root of all evil is a super “Jewish conspiracy.” Nor should they fall for that long-since-discredited document, The Protocols of the Learned Elders of Zion, which Hitler palmed off on the German people as an authentic declaration of policy by an all-Jewish congress.

Still, Skousens descriptions create the impression that jewish conspirators were above the non-jewish ones. He does not understand that the aristocracy had taken over jewish banking. He thought it was the other way round.

Gary Allen was even more brazen with his bestselling book “None dare call it conspiracy”. He repeats the central falsehoods:

Kings could easily start banks as front groups. When Allen writes “international bankers” the emphasis is of course on jewish bankers like the Rothschilds, but he simply cannot explain how these small families were never arrested or killed by the kings. Even though kings knew every trick in the book and had many tools to control bankers.

Preeminent in playing this game was the famous House of Rothschild. Its founder, Meyer Amschel Rothschild (1743-1812) of Frankfurt, Germany, kept one of his five sons at home to run the Frankfurt bank and sent the others to London, Paris, Vienna and Naples. The Rothschilds became incredibly wealthy during the nineteenth century by financing governments to fight each other.

The Rothschilds, like non-jewish banks, collected loans when governments asked for this service. There was nothing unusual about it. Allen seems to think the kings were stupid. Of course, Allen has a lame little disclaimer in his book:

Anti-Semites have played into the hands of the conspiracy by trying to portray the entire conspiracy as Jewish. Nothing could be farther from the truth. The traditionally Anglo-Saxon J. P. Morgan and Rockefeller international banking institutions have played a key role in the conspiracy.

Gustavus Myers, in Ms History of The Great American Fortunes, reveals:  “Under the surface, the Rothschilds long had a powerful influence in dictating American financial laws. The law records show that they were powers in the old Bank of the United States [abolished by Andrew Jackson].” The man who was to play the most significant part in providing America with that central bank was Paul Warburg, who along with his brother Felix had immigrated to the United States from Germany in 1902.

The JBS bestsellers influenced the next generations of conspiracy influencers and in the late 1990s the internet took off. Today’s more radical Trump supporters are inundated with old JBS narratives and the resulting radicalism feeds the leftwing paranoia. Rightwingers hope endlessly for a rightwing uprising and they hope the Putin regime will help them.

Back then, it was Gary Allen who advocated getting in bed with powerful rightwing circles:

It would be equally disastrous to lump all businessmen and bankers into the conspiracy. One must draw the distinction between competitive free enterprise, the most moral and productive system ever devised, and cartel capitalism dominated by industrial monopolists and international bankers. The difference is the private enterpriser operates by offering products and services in a competitive free market while the cartel capitalist uses the government to force the public to do business with him. These corporate socialists are the deadly enemies of competitive private enterprise.