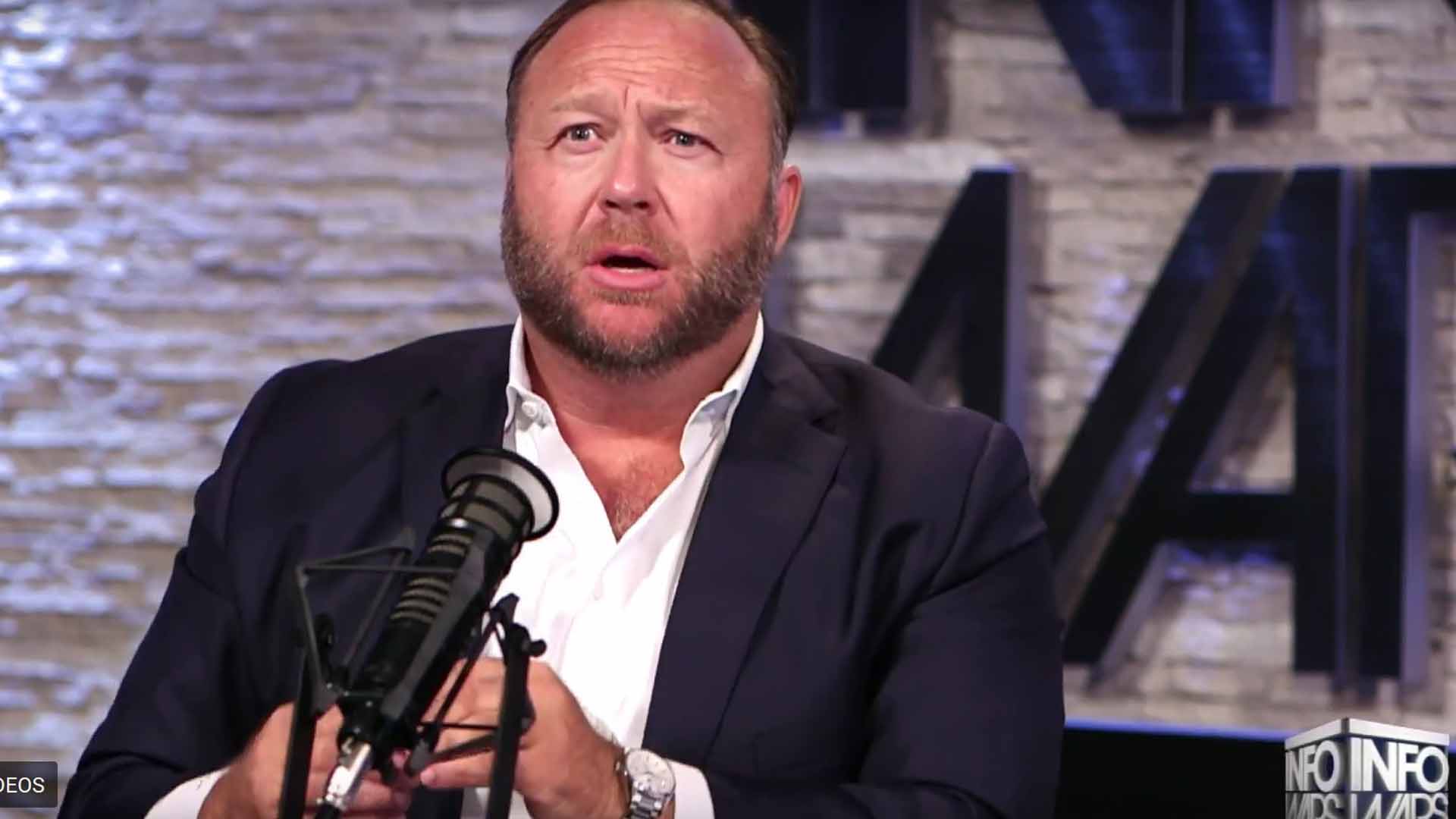 Texas conspiracy media guru Alex Jones now advocates internment camps, martial law preparations and programs like REX 84 under President Trump as the rescue of America. This is Jones’ most bizarre flipflop yet, after previously changing his stance on the Russian regime, Trump, the left-right-paradigm, torture, Islam and a possible war against Iran.

For nearly 20 years, Jones passionately warned against internment camps disguised as mass accommodations for Mexican migrants and FEMA emergency services. Elite international networks would seek to destabilise the country by inciting ideological fanaticism and covert terrorist operations and exploit the resulting unrest to imprison patriots and other “enemies of the state” critical of the government. Programs like REX-84 and Garden Plot included plans for the domestic deployment of the military. The FBI also kept lists like ADEX with subversive citizens who were to be interned if necessary.

Now Alex Jones rambles that for more than 20 years he had been fooled by propaganda from the political left. The camps and internment programs starting under President Ronald Reagan were not evil plots to lock up rightwing patriots, but instead measures to lock up leftists if necessary. For the last few years Jones has morphed his concept of evil elites into a leftwing deep state with George Soros at the helm. Reagan allegedly wanted to save America with the police state. Today, Trump and his associates could lock up these enemies of America in the internment camps.

Alex Jones had produced 4 long-winded documentaries about the police state in the 1990s and 2000s. If he ever makes a fifth one, will it be called “Police State 5 – It’s a good thing after all” ?

A reader of Infowars asked in the comments why they didn’t write an article about it, but rather posted a one-hour, chaotic video of Jones. The answer is actually quite simple: An article would make the grotesque nonsense immediately obvious. Jones now plays the left-right game and passionately divides the population. The more the left threatens the right with deprivation and oppression, the more the right threatens the left with deprivation and oppression.

We know that Alex Jones is unqualified and has admitted he hasn’t been reading any quality literature for the last ten years. But Jones can hardly be so incompetent as to advocate police state programs administered by Trump to fight the “Deep State” and imprison the left.

Jones seems to have come to terms with the establishment.

Many in the conspiracy scene don’t even notice how Jones now disregards the most fundamental insights that have been known since bestselling books from the 1970s such as Gary Allen’s “None Dare Call It Conspiracy” and that are among the foundations of any serious research into power structures.

Infowars was conspicuously silent about this personnel policy under Trump. Alex Jones should have constantly warned about the homeland security apparatus on his show, as he has done for the past 20 years, but now he tells his audience that the internment camps were always intended to save America and only to lock up the hated leftists and migrants and Muslims.

Instead of really exploring the structure and procedures of the elites, Jones talks vaguely about a leftist deep state fighting a right-wing patriotic force and Trump.

It should be obvious to everyone that Trump has neither the competence nor the will or partners to mess with the establishment. “National security” is administered by the same circles as in the past. In the Cold War, every police state measure was justified by the reference that this was needed against “the communists”. In the past, the most powerful US corporations sold everything they could to the Soviets, thus keeping communism alive. Understanding the East-West conflict is basic knowledge for critically thinking people.

If things get tough, with a war against North Korea and China, or with the conflict with Russia flaring up again, there would be a new conscription in the US (and Europe) and a new anti-war movement. The state, whether under Trump or another president, would massively ramp up the police state measures and then everyone could end up in internment camp, depending on the situation: Conscientious objectors, general government opponents, Russia collaborators, etc. While people are then locked up in the camps, Alex Jones will probably scratch his hairy stomach in his million-dollar villa. To prevent his own son Rex from having to fight in a stupid war, he could simply bribe a doctor to issue a disability certificate. He has experience with courtesy opinions, as his multi-million dollar custody dispute against his ex-wife has shown.

The danger of a police state in the USA remains high. And Jones deceives his conservative audience. The conservative sphere in the USA, including the extreme figures, is managed by networks such as the CNP. Every political camp has to be aware of this kind of string-pulling.

People once elected Ronald Reagan and they got the entire apparatus of the Republican Party as well as powerful ministers from conspiratorial groups such as the Council on Foreign Relations (CFR) or the Trilateral Commission. Despite his anti-Communist speeches, the men around him and the big American corporate bosses continued to support the Eastern Bloc. Reagan almost tripled the national debt due to high arms spending. Ultimately, the insiders profited in multiple ways with Reagan: through technology sales to the Eastern Bloc, through arms deals to strengthen the American armed forces, and through rising national debt to the major banks.

Reagan served as an informant to the FBI during his acting career, naming names of his acting colleagues whom he assigned to be a group of communist thinkers. However, in a hypocritical speech to the Committee for Un-American Activities, he spoke out against a public persecution of Communists. With his spying he served the establishment from an early age.

Through relationships with a film studio, Reagan finally got a role in GE Theater, a GE product commercial, and worked for GE as a Corporate Representative for six years. Reagan gave numerous speeches to the workforce during this time. General Electric has connections to Skull&Bones and did many dubious business with the Eastern Bloc. So it was opportune for Reagan to betray fellow Communist actors to the FBI, but he had no trouble working for an establishment that built up the truck industry in the Soviet Union, the nuclear industry, the computer industry, and so on.

During his time at GE, Reagan’s political appearance changed dramatically. He now publicly stated that he had changed from a left (“liberal”) to a conservative. A few years ago, Donald Trump identified with many left-wing liberal positions and surrounded himself with influential New York circles inclined towards the Democrats. General Electric supports Donald Trump today.