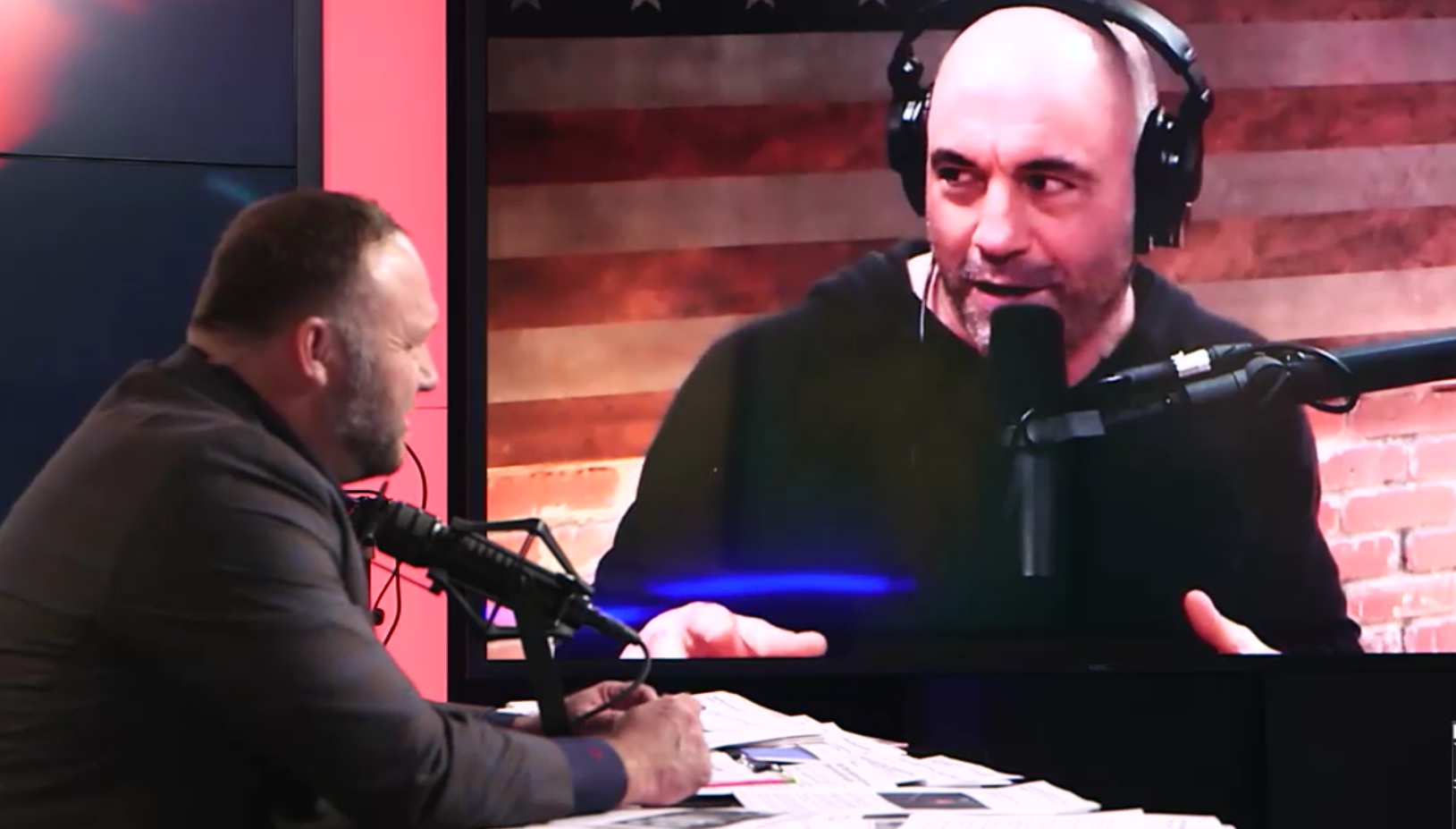 Put yourself in the position of Joe Rogan. You invite the Twitter boss and you talk. You don’t know much or anything about Dorsey’s involvement with the Berggruen Institute that was founded by a CFR member and things of that nature. Instead of just accusing Rogan of a “NWO bromance” and calling him a sellout it would be constructive to unravel Dorsey’s background in a professional way. The more professional, the more someone like Rogan or the rest of America might listen.

Dorsey did try to keep Alex Jones on Twitter while other platforms had already enforced a ban, but then it became clear Jones had tweeted broad generalizing attacks against regular people:

If Jones had focused hard on politicians, business CEOs and other public figures and had dialed back the emotions, Twitter would probably have kept him on. Not because they are a nice corporation, but because a ban would have made them look utterly terrible.

“Alex wasn’t entirely honest with me about his Sandy Hook reports.”

Jones just gave him his propaganda spin of having “asked questions”, having done normal reporting and having been misquoted by mainstream media. Then Rogan watched a clip compilation posted by Media Matters where Jones called Sandy Hook “completely fake” among other things. Even if the devil himself had posted this clip reel, it would not change the fact that it’s Alex Jones’ own words. He and his fans maintain that this reel is totally misleading and out of context, but in court we will actually see a more exhaustive collection of evidence.

Jones did not lose his free speech. He lost free hosting, free advertising and free money from social media giants. If your agenda is a rebellion against powerful circles you can’t expect free stuff forever from them. Sure the social media giants have way too much power and influence, but a rebellion ususally does not mean you bitch and whine to get free stuff from your opponent. Jones picked the rebel role and he has to live with that. Let’s not forget that Jones raked in 150 million $ over just a few years and produced little more but drab alt.right propaganda, Trump fairy tales, Russian propaganda and terrible conspiracy reports.

Rogan states that Jones simply “made sh*t up about me” when Jones was angry and chose to lash out in the usual way. So Jones made terrible conspiracy reports, lied to his friend about it and then threw a tantrum and invented CIA conspiracy theories when said friend distanced himself.

So Jones in Rogans view is capable of making up sh*t when it suits him. Which is exactly what the Sandy Hook lawyers want to prove: Either reckless disregard for the truth (that’s the legal standard) or outright knowing that it was false.

Many Jones fans only seem to differentiate between friend and foe in a black and white matter. When Rogan says “Alex, I still like you as a person” but dismisses Jones’ work of the last few years then it’s a perfectly legitimate call. It’a also possible to really like somebody’s work but not the person.

With 20+ years of work experience it is expected of Jones to act sane and present quality investigative reporting. He used to slam David Icke for discrediting alternative media. It was always obvious that in this line of work you must not appear unhinged and incompetent.

Rogan states empathetically that “Alex is not in a good place personally and legally.” He envisions a “road to redemption” where Jones gets the Sandy Hook lawsuits behind him and does quality reports again like he used to many years ago. It seems to escape Rogan that Jones is a narcissist and that means chances are almost zero that Jones will get better. Instead of accepting the mature reaction of Rogan, Jones is busy coming up with new accusations against Rogan and Dorsey about some alleged crypto coin pump-and-dump scheme. For Jones, it’s now a war against Rogan and in Jones warped sense of reality, Rogan has “sworn allegiance to George Soros” and is beyond redemption. Go figure.

Rogan says: “It’s not the same guy I knew.” Well, maybe he never knew the real Alex Jones. And maybe the CIA has slowly poisoned Jones to make him unstable.