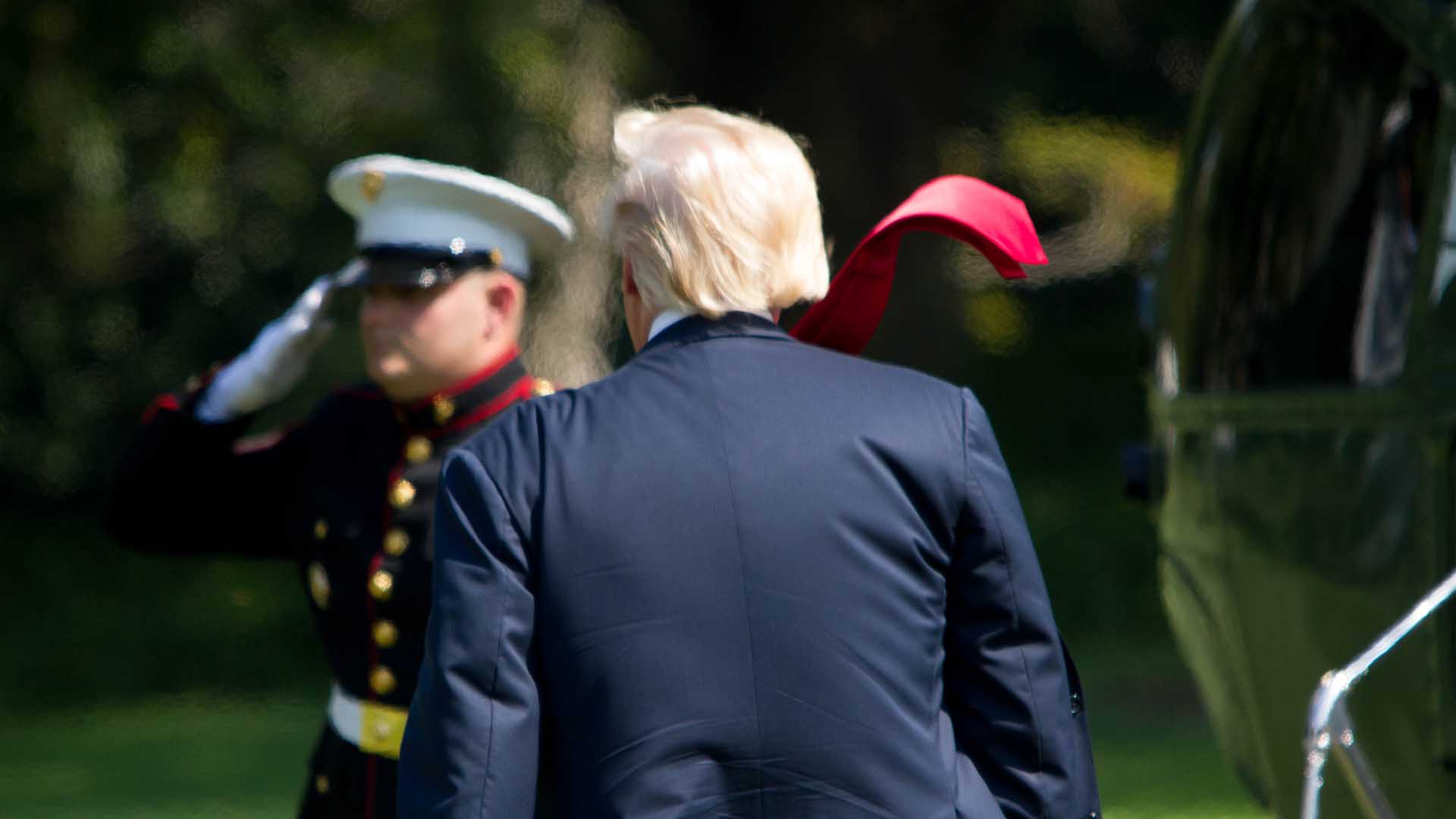 Donald Trump spent his entire life chasing women and dollars, yet his salesman skills were enough to convince millions of American patriots in 2016 that he was on a mission to save America, battle elites, take great risks and make sacrifices.

Sure, it made some kind of sense to strategically vote Trump/Republican, to prevent Hillary, but there was never any legitimate reason for the hype and the fairy tales. Right after the election conservative media figures could have dropped the hype and just demanded that Trump either delivers leadership and action, or pack up and go home. Instead, creatures like Alex Jones kept overhyping and making excuses, and thus tied part of their their fate to Trump. Many patriots have wasted valuable time and now sound absolutely desperate when they cling to their fantasy of Trump and imagine some sort of mass arrest of “left deep state” figures or some great action of the Marine Corps to protect the president against a leftist “coup”.

It was always clear that patriots needed to launch many new politicians and create clean networks to make real changes and to play a long game against socialism. But that is a lot harder to do than to cling to fantasies and share propaganda on social media.

Trumps narcissism may have helped to get him elected but I warned from the start that his personality will scare away droves of women and young voters who confuse a caricature like Trump with fair market capitalism and masculinity.

Image for a moment a diffent Trump, one that has a great track record with women and business, one that has a suave swagger, kind of like an aged James Bond, one that is really good with words. This kind of Trump could woo anybody. Instead people settled for a walking, talking trouble machine with endless baggage, a 70 year old possible Alzheimer patient whose language has deteriorated to the level of a fourth grader.

Infowars and others stir up hysteria of Trump getting poisoned by the left deep state or getting assassinated JFK-style in Dallas, but at this point, the Republicans want to get rid of him more than the Democrats. End his career for health reasons or any other reason, build up alternative candidates for 2020. Alex Jones told his audience for 20 years that both partys work for the same elites. Why should it be different with Trump? Just ask Greg Palast, who used to be a guest on Infowars many times in the past, how the GOP got Trump elected with massive vote fraud, using the same techniques as in 2000 and 2004 with Bush. The Dems didn’t react much to the fraud back then, which tells you how fake the system is. But Jones keeps maintaining the silly, movie-like script of Trump the hero vs. the Deep State.

After the recent conviction of Roger Stone we saw an agitated Alex Jones raging and panicking about himself and the whole situation he has put himself into. So far, Trump has not protected Stone or Julian Assange, who helped get Trump elected. It’s not surprising that a narcissist like Trump lumps people into one of two categories: Useful people and unuseful people. If you have outlived your usefulness to him, you are no longer of interest or even a problem. And then Trumps narcissistic rage, which you found so amusing or righteous before, could be directed at YOU.

Alex Jones, the narcissist, got conned by one of the most notorious narcissists in America. The Republicans wanted the conspiracy minded folks, who would never have supported Jeb Bush or any other standard GOP figure, to vote Republican in 2016. To this end, Cambridge Analytica provided the intel on what the audience wanted to hear and that’s exactly what Trump said. Add a few Tweets and the odd Re-Tweets of Infowars articles.

Jones does not know what to do now. Breaking with Trump completely will alienate many believers in the audience and would make Jones a target of Trump and the GOP. Keeping up the support of Trump could end in a massive disappointment of teh audience and Trump may still leave him hanging.

Roger Stone, who worked for Alex Jones, worked for serious dictators in the past, glorifies Nixon who was exposed as a puppet decades ago in the conspiracy book by Gary Allen (a main influence on Jones btw.) and comes from the Roy Cohn mafia. Still, Jones promises that Stone is a really good guy and did nothing wrong. Didn’t coordinate closely with Wikileaks and the Trump campaign. It’s just the “left deep state” going after patriots. If Trump or the next president doesn’t pardon Stone, what will he tell for what kind of a deal?