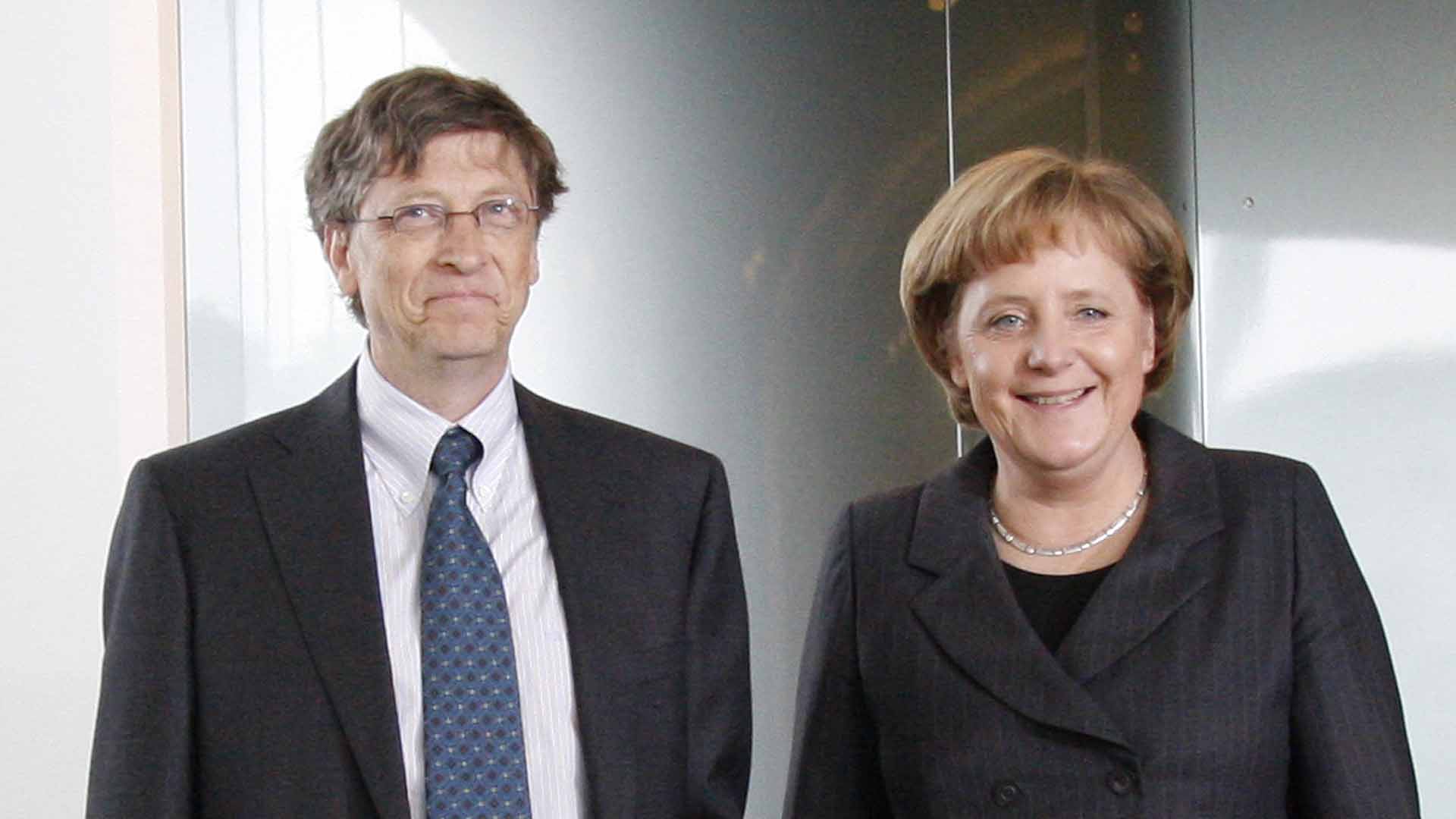 When Bill Gates is driving a massive PR campaign worldwide for hastily botched COVID vaccines that some experts believe could cause more damage, he is something like the Greta Thunberg of the medical field: A memorable face, no real qualifications, but a high sense of mission.

Bill Gates has a memorable face and a catchy name. A bit like Greta Thunberg, who apart from her PR stunts and appearances has absolutely nothing to do with climate research and has hardly seen a school from the inside. You only have to see a few pictures of her to remember her face for all eternity.

25 years before Greta, there was the girl “Severn Cullis-Suzuki”, who spoke at the Rio Earth Summit of an impending environmental Armageddon. That doesn’t roll off the tongue. Who’s gonna remember that? Three names? Severn. Cullis. Suzuki. Sounds like three separate brands of motorcycles. And then her face was so…normal. 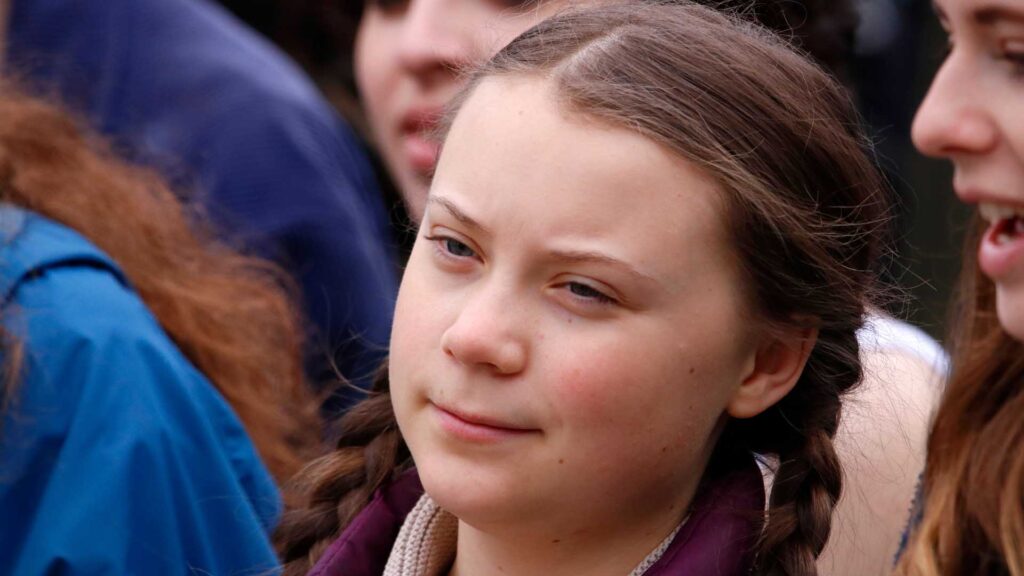 The frail, almost deaf George Soros is described by the common conspiracy media as being the world’s satanic puppet master, one of the (made-up) Wise Men of Zion. His Count Dracula face and his name are catchy. You can close your eyes and mentally recall his face. If he had once paid a plastic surgeon for a facelift the whole effect would be lost. 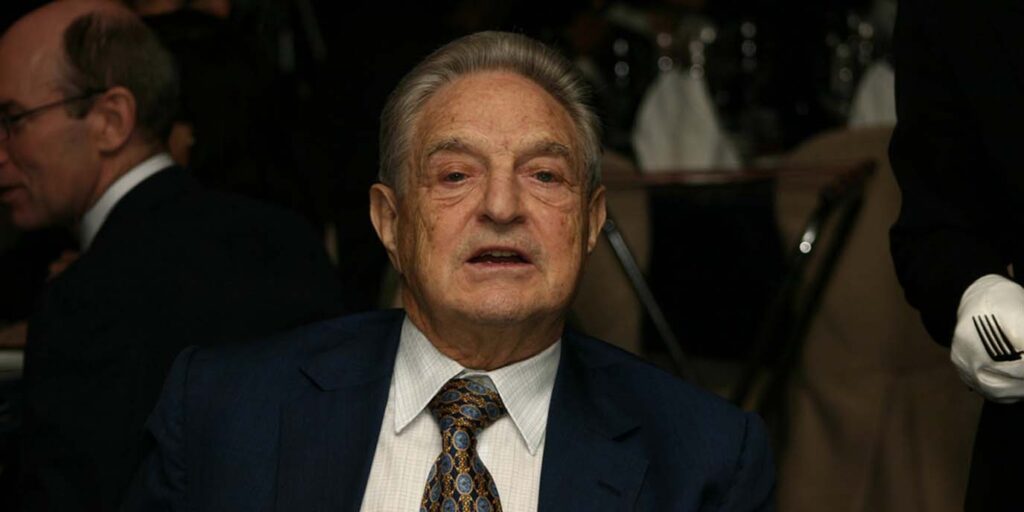 But he is not allowed to make really important decisions, he is only one of countless figures who distribute money to political groups. Do the fans of the (new-)right-wing, self-appointed conspiracy and political experts know what the faces of the Shillmanns, Rosenwalds and Mercers look like who financed the new-right scene? I don’t think so. Do the classic self-proclaimed conspiracy experts know the names and faces of tens of thousands of Anglo-Saxon families of the upper class? Of course not. It’s much easier to spread ancient disinformation about the “Wise Men of Zion” and explain everything along those lines.

The Putin personality cult works in a similar way. Can the average Putin bootlicker close his eyes and recall the face of Igor Sechin? No? Maybe Vladimir Potanin? Not even? How about Vladimir Lisin? Let’s drop that and get back to Bill Gates.

He has no medical background, but together with his wife is the public face of the Bill & Melinda Gates Foundation, where people work who actually have a medical background. Despite his old age and the age spots on his face, he still looks memorable with his boyish face and creepy grin.

Additional money for the foundation came from star investor Warren Buffett (Berkshire Hathaway). According to author Kathrin Hartmann, Gates invested with the foundation in 2015 “in corporations in the oil, coal, chemical and mining industries, including some of the dirtiest corporations in the world” – meaning environmental destruction and human rights violations. Hartmann specifically named the companies BP, ExxonMobil, Eni, Shell, Glencore, Rio Tinto, Dow Chemical, Coca-Cola and Monsanto.

Aren’t these top companies swimming in money anyway? Why do they need someone like Gates for more money? Since the American upper class was already completely corrupt, one has to ask oneself if Gates really owned and still owns all the money that was always attributed to him. His father had achieved a certain status, but if you go back further, the family tree doesn’t seem impressive.

Bill is someone who, like many other people before him, was discovered early on as a talent by the establishment because of his high intelligence. Whoever receives this special promotion can (more or less) make it big, but is traditionally dependent on the network of the American upper class. This was already the case with the two original nerds of Google, who were discovered by a nobleman and then referred to a CIA front organization. It was the same with Robert Koch. Or Nikola Tesla. Or Hollerith, whose punch-card computer technology made the rise of IBM possible (and the Holocaust).

The powerful network can make you a bigshot, but in theory it can also destroy you again. This is similar to clan members who drive Lamborghinis but are registered as welfare recipients. The Lambo is registered to the shell company network of the brother of the uncle of the father. The police can’t do anything against the Lambo driving welfare recipient with Rolex on his wrist. But if the Lambo-driver gets in trouble with his clan bosses, he is left with nothing.

Bill’s father Bill Gates Sr. was a successful lawyer and sat on the board of several organizations, including Planned Parenthood, the largest American organization for contraception, pregnancy counseling and abortion, which is also active in almost every country in the world. The founder of Planned Parenthood, Margaret Sanger, had been heavily influenced by British eugenicists.

Bill’s mother, Mary, was a businesswoman and worked in a leading position at United Way, where the then head of IBM, John Opel, was also a member of the board. Bill Gates Jr. was already considered an exceptional talent as a student with his near-perfect score on the Scholastic Aptitude Test (SAT) and was then allowed to attend the elite university Harvard, where he met his future Microsoft partner Steve Ballmer.

WHO Director Tedros Adhanom is in charge of the response to the COVID 19 pandemic, but he is dependent on money from the Gates Foundation and its backers from much older networks.

Adhanom received his Master of Science degree in Immunology of Infectious Diseases from the London School of Hygiene & Tropical Medicine. The Institute was founded in 1899 by Sir Patrick Manson, holder of the Order of St Michael and St George and Fellow of the Royal Society, a noble British scientific association which had been established together with Freemasonry. Manson also became the first president of the Royal Society of Tropical Medicine and Hygiene. The mosquito malaria theory was developed with the help of Sir Ronald Ross (Order of the Bath, Order of St Michael and St George, Royal Society). Tropical medicine is a harmless sounding term for research on highly dangerous pathogens such as malaria or Ebola. And the research was ultimately intended to serve the nobility and their global empire. In Belgium, there is the “Prince Leopold Institute of Tropical Medicine”, which now operates under a different name and is considered one of the world’s most respected addresses for HIV and Ebola, two diseases that are said to originate in the primeval forests of Africa. Prince Leopold I of Sachsen-Coburg-Saalfeld (since 1826 Sachsen-Coburg and Gotha) lived from 1790 to 1865 and was the first King of the Belgians. His father was the joint grandfather of the British Queen Victoria and her Prince Consort Albert. Leopold was of course also an important freemason and creator of the grand lodge Grand Orient de Belgique. Leopold II founded the Congo Free State (later Belgian Congo), which he considered his private property and ruthlessly exploited. The colony was seventy times the size of the Kingdom of Belgium. The estimated number of fatalities ranged up to 10 million people.

Tedros Adhanom was appointed Minister of Health by Ethiopian Prime Minister Meles Zenawi in October 2005. In 2010, Ethiopia was selected by the U.S. State Department as one of the countries in the U.S. Global Health Initiative Plus, in which the U.S. will support innovative global health efforts. As Secretary of Health, Tedros has developed a close relationship with prominent figures, including former U.S. President Bill Clinton and the Clinton Foundation and the Bill and Melinda Gates Foundation.

The two foundations played an important role in building the vaccine industry in China. The know-how and technology taught to the Chinese is also suitable for the field of biological warfare, which requires a broad foundation of science.

WHO Director Adhanom is a communist who works for rich people