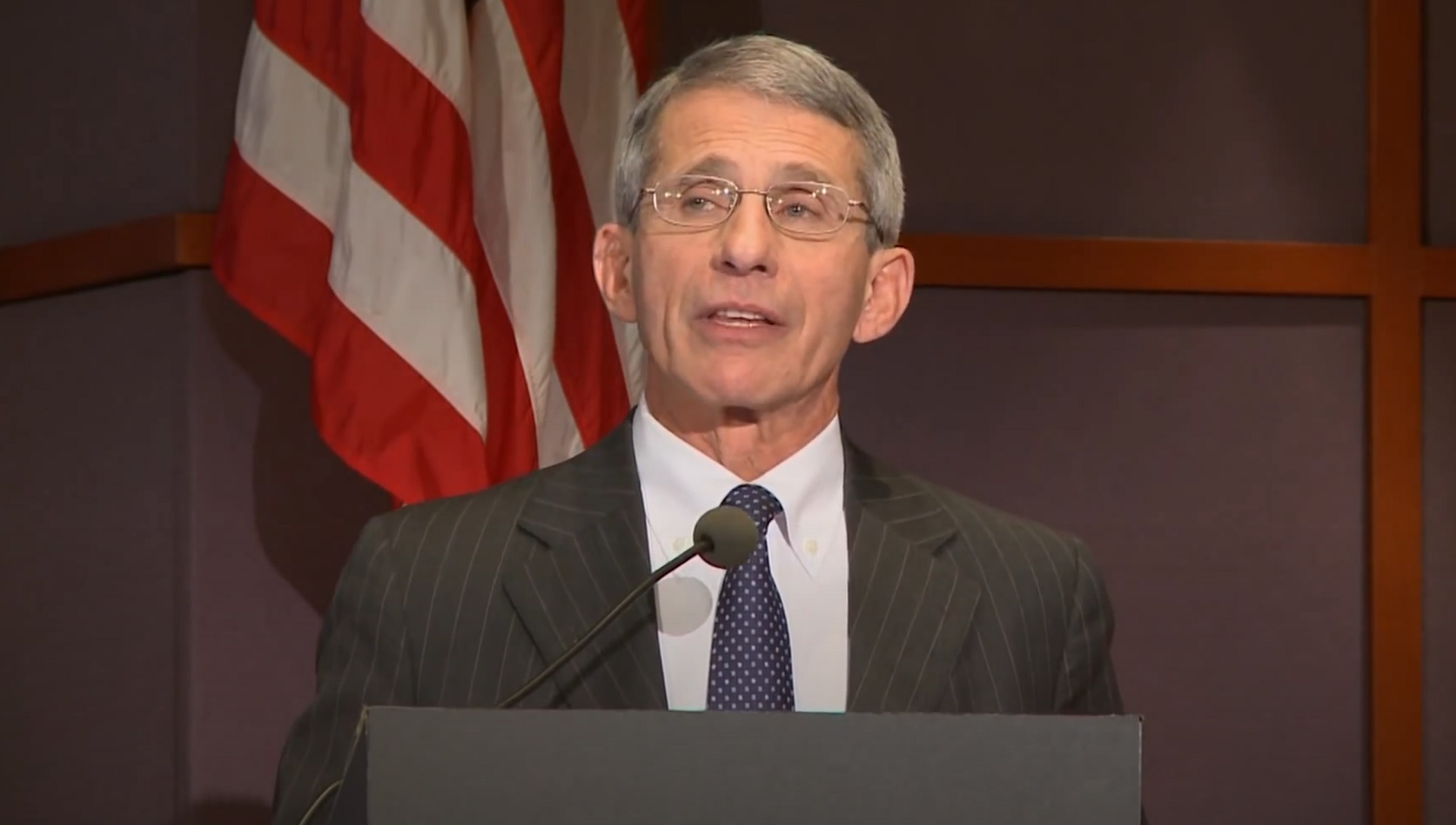 Anthony Fauci spoke alongside other experts at a symposium in 2012 about the highly dangerous research on “functional gains” in H5N1 viruses. Scientists in bio safety labs use different technologies to either increase the transferability of the virus, or its lethality, or both. The combination of both is the most difficult to achieve and in principle would produce a biological weapon with a 60% death rate.

A map of the world is shown, on which it is noted where there were still cases of H5N1, which is a not so subtle hint that any country might research functional gains and create new biological weapons. Fauci argues, the US would have to conduct such research in order to be able to develop defence strategies before a new killer variant of the virus emerges, either by accident or by a malicious actor.

A study from Asia showed how one could drastically increase the transmissibility of the virus between mammals. The American authorities urged the researchers to publish only their abstract, but not to outline the steps that were necessary to change the virus. In addition to the risk that some dangerous actors imitate such research, there is also the risk that such new viruses accidentally escape from a laboratory or are stolen by terrorists. Tens or even hundreds of millions of deaths could result from this.

Chinese researchers worked in the Wuhan laboratory with American support on improving functionality in bat corona viruses. There is a suspicion that SARS-Cov-2 accidentally escaped from the laboratory. It is also conceivable that terrorists stole or bought the virus from a laboratory in Pakistan.

Experts from Cambridge and Harvard are more specific about how the safety precautions in the laboratories can no longer keep pace with the increased dangers of newly crafted viruses:

Professor Marc Lipsitch (Harvard) describes the alleged benefits of such research and argues that it is overrated; estimates the level of risk they pose, advocates the superiority of alternative scientific approaches for both safety and scientific reasons, and suggests an ethical framework in which such experiments should be assessed. The talk will also examine recent developments following the funding hiatus for this research announced by the United States government in October and steps towards the risk-benefit analysis required in the announcement.

He argues that the safety precautions in the laboratories can no longer keep pace with the increased dangers of newly crafted viruses.

Professor Lipsitch is Professor of Epidemiology and Director of the Center for Communicable Disease Dynamics at Harvard University. He is one of the founders of the Cambridge Working Group, which calls for a “quantitative, objective and credible assessment of the risks, potential benefits and opportunities for risk reduction” of functional experiments in potentially pandemic strains of pathogens.

Lynn C. Klotz, Senior Science Fellow at the Center for Arms Control and Non Proliferation, explains that newly crafted flu viruses can be just as contagious as the 2009 flu virus, but have a significantly higher death rate. The extreme range is 30% to 60% death rate. For their analysis, Klotz assumes a death rate of 10%. A worldwide pandemic triggered by a laboratory leak could kill over a hundred million people, the top estimates for the 1918 Spanish flu.

The likelihood of an accidental outbreak is estimated at 0.1 to 0.2% per laboratory per year, which is still a low estimate. The study does not also take into account the risk such as an intentional release by laboratory workers (as in the US anthrax mailings of 2001), by a terrorist organization or a hostile nation. It also ignores the fact that laboratories spend several years researching newly crafted strains of flu, which would increase the likelihood of release.

Experts advising the US Department of Homeland Security (DHS) estimated a significantly higher probability of an accidental release. The DHS risk assessment
states that the total probability of a release over a 50-year period is 70%.

According to Klotz, not even security level 4 laboratories are really sufficiently secure. It is known that different countries are working in separate, even safer facilities on pathogens that are extremely contagious and deadly. Russian defectors like Ken Alibek and others reported about newly made variants of Smallpox. Such research takes place in restricted military areas.

While the influenza A / H5N1 virus exists in the wild, to the best of our knowledge, no mammalian-borne strains exist outside the laboratory. If a mammalian variant maintains a fatality rate within the order of the 60% fatality rate of its wild-type parent, and if it is just as transmissible between humans as other common influenza viruses that infect humans, accidental release would pose a serious and entirely new threat to humans represent human health. Once a novel influenza virus strain shows significant transmission in humans, stopping its spread would require massive global use of vaccines, a scenario that has never been achieved in practice and that could not be done in time for H5N1 due to insufficient inventories worldwide and worldwide available. Hence, a highly transmissible, highly virulent virus like the modified H5N1 strains that have been created infecting billions of people, and possibly killing a large number of them.

Lab accidents and stolen viruses are a well understood problem