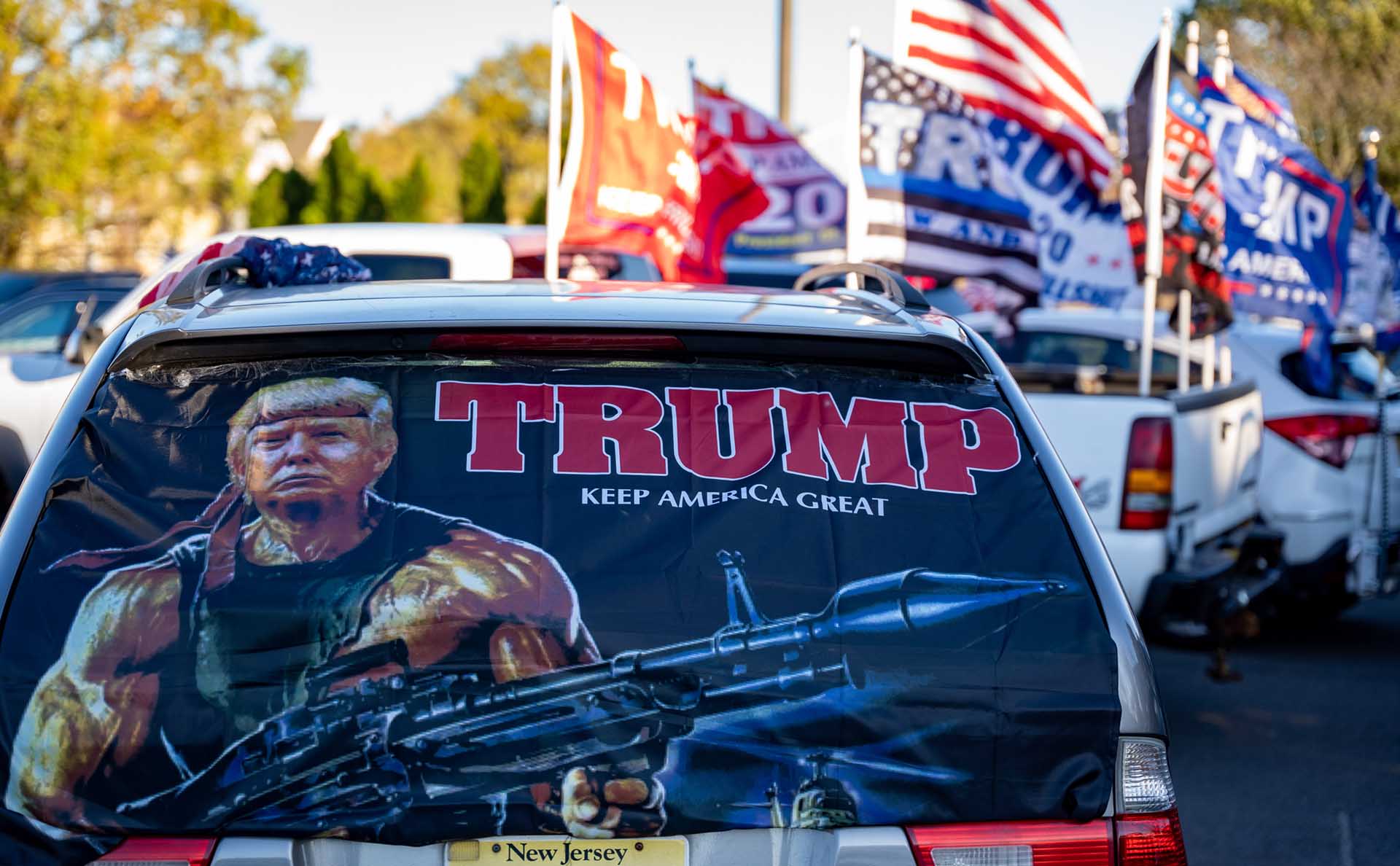 President Donald Trump was impeached for the second time in the House of Representatives for “inciting insurrection”. Trump insists that his verbal encouragement in the run-up to the Capitol demonstration was in no way a criinal offense. In a new video he even distances himself sharply from those demonstrators who believed in him most vehemently and who hoped to overturn the results of the presidential elections. For upcoming demonstrations he demands very clearly that people behave peacefully, that is to say harmlessly. His fanatical supporters and more and more of his constituents in general are bitterly disappointed in him and increasingly see him as a failure. The FBI and other authorities fear violent rioting in D.C at Biden’s swearing-in and in all 50 states.

The president said the Capitol uprising “angered and appalled millions of Americans across the political spectrum.” His (former) fans, however, have drastically downplayed the significance of the events at the Capitol and still believe that the world communist conspiracy “stole the election”. Trump’s words are now causing more resentment.

‘I want to be very clear. I clearly condemn the violence we saw last week, ”Trump said, reading from a teleprompter.

The Senate will also vote soon to prevent Trump from holding future offices if convicted of a crime.

said Trump. However, his followers consider themselves in the tradition of the American founding fathers and the revolutionary struggle.

he added. Numerous demonstrators have already been charged, and more are being added. The radical camp will view Trump’s current threat to future violent demonstrators as treason.

There have also been business setbacks – New York City said it would end contracts with the Trump Organization, and lender Deutsche Bank said it would part ways with Trump. A break with Senate majority leader Mitch McConnell points to an impending split between Trumpists and those looking to end their alliance with him. Three members of the Trump cabinet have resigned since Wednesday, and some White House officials left fearing they might no longer be employable because of their association with Trump.

“Those who were involved in the attacks last week will be brought to justice,”

said Trump. Law enforcement has opened hundreds of cases in an attempt to bring the perpetrators to justice. Trumps (former) fans instead hoped for pardons for the rioters.

President Donald Trump is increasingly losing his nerve and attacking some of his most trusted allies, according to sources. He allegedly ordered not to pay the legal fees of his personal lawyer Rudy Giuliani, as the president suffers more and more legal threats and defeats from all sides.

Trump expressed disappointment with some legal action taken by Giuliani in challenging the election results and refused to pay Giuliani’s $ 20,000 a day, two officials told the Washington Post.