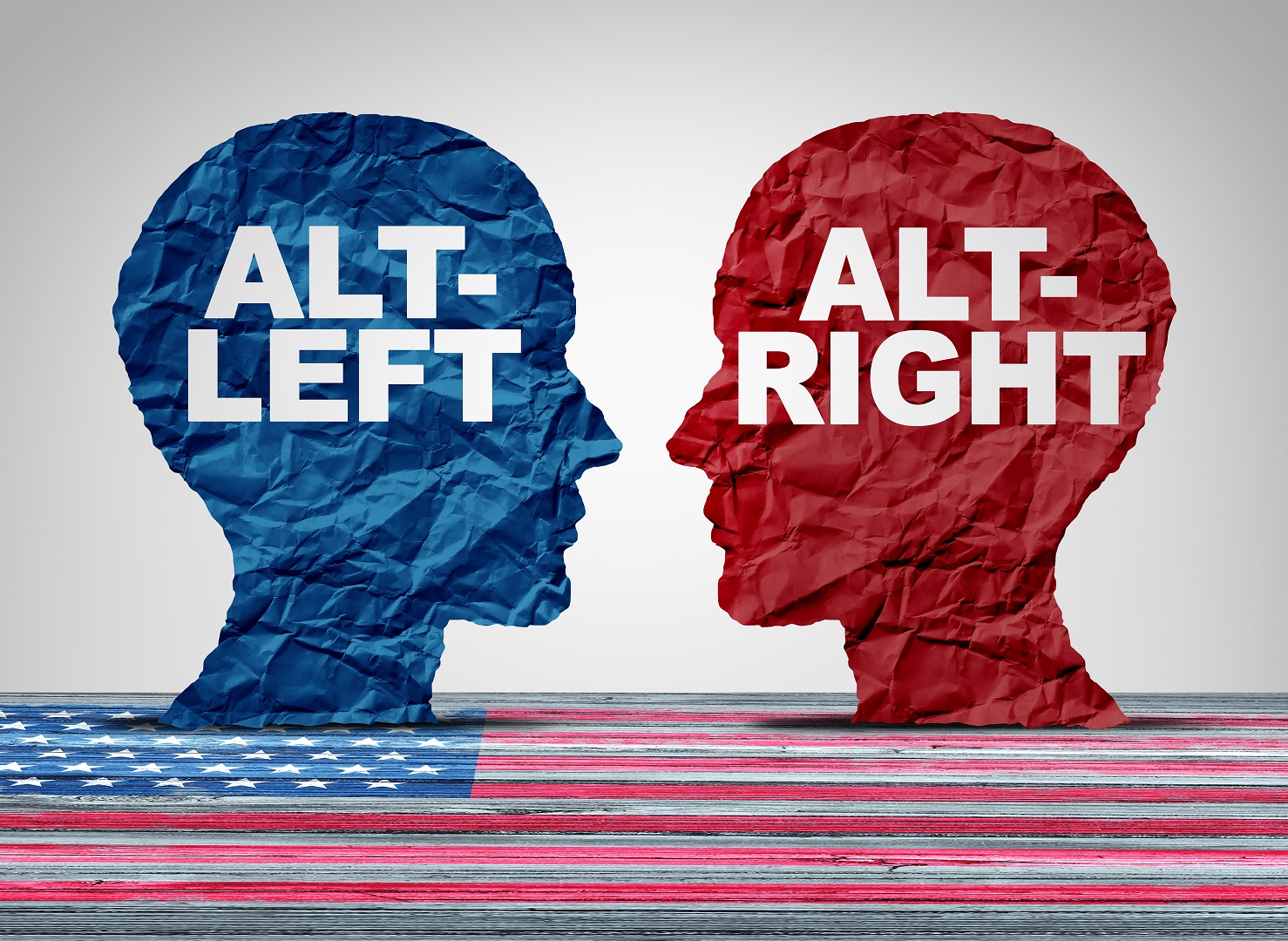 The Internet itself is the brainchild of the US military-industrial complex. It is used to monitor people’s activities, to keep people from reading books, and has long since provided rulers with ways of psychometrically measuring people’s personality structures automatically.

In the past, narcissistic and dogmatic pied pipers and frauds needed real talent and effort to find victims and program silly dogmas into them. Today, a computer with a webcam is enough. A Pied Piper can look around the Internet to find out what dogmas and whole dogmatic systems exist in the world. The Pied Piper picks the one of those, copies the dogmas and the manipulative techniques to support these dogmas and goes to work.

For many years, Youtube in particular was a veritable junk factory, a turbocharger for all kinds of Pied Pipers. Every militant vegan, conspiracy theorist, communist, Islamist and Nazi could go nuts and find new victims. The YouTube algorithm was designed to promote bingeworthy videos that would glue viewers to the screen. Viewers were randomly suggested various videos based on their previous viewing behavior and inevitably something dogmatic will be of interest and clicked on. It’s similar to pornography; at first the content that is watched is rather moderate, but becomes more and more wacky over time.

Someone is interested in healthy food and the YouTube algorithm suggests more and more extreme videos until, over time, the person mutates into a militant vegan and endangers his or her health. Someone is interested in fitness and ends up with extreme bodybuilding and dangerous variants of anabolic steroids. Someone starts with leftist videos and eventually believes in Stalinism. Someone is interested in the banking system or the inconsistencies in the official presentation of 9/11 and eventually ends up with neo-Nazi ideas. The radicalization process through YouTube did not work for everyone. Some people pull the emergency brake early. Most of them are more stable people from more stable family backgrounds. Some only pull the emergency brake, similar to alcoholism, when they get serious problems in their lives because of the dogmatic crap: Partners and relatives turn away, problems at work or school, increasing loneliness, problems with the law, depression and so on. Some (like alcoholics) never manage to pull the emergency brake permanently. In their search for confirmation, they receive one rejection and defeat after another. But they react in the way they have been programmed to react: With narcissistic defense of dogmas, with verbal aggression. It’s like an alcoholic who longs for relaxation and euphoria and for this purpose drinks more and more and tries to cure the resulting stress and depression with even more alcohol.

It is reminiscent of the Native Americans who had no experience with alcohol and who were given alcohol by the colonial powers from Europe; some even free of charge. Alcohol devastated and eroded Native American civilisations. Some effects of alcohol resemble the effects of dogmatic nonsense: One feels euphoric, confident, lively, courageous and special. One has the illusionary feeling of control.

The effects of psychedelics can be even more dangerous. Hallucinogenic substances can have therapeutic effects in small doses under the supervision of medical experts. But if someone experiments on themselves with drugs bought from the Internet or from a friend, it can go badly wrong. Especially when it is about rigid esoteric or other religious dogmas, or downright paranoid-schizophrenic dogmas from the conspiracy media, it is quite possible that during a state of intoxication the dogmas are programmed even more firmly into that person. If the person then also develops latent psychotic states as an after-effect of the drug experiments, develops paranoid and schizoid thoughts and thought patterns, then paranoid-schizophrenic dogmas seem all the more convincing. They are self-reinforcing cycles, downward spirals.

What did we see with the conspiracy writer David Icke? A catastrophically bad childhood, further strokes of fate, depression, the search for meaning, the discovery of esotericism and conspiracy literature, sinking into the swamp of conspiracy dogmas and finally he himself became a guru in search of new victims that can be programmed.

In the past, Icke and consorts only had books, pamphlets, VHS videotapes and public appearances as tools to find and program new victims. An arduous business. However, at the end of the 1990s, the use of the Internet became established. On September 11, 2001, planes crashed into the World Trade Center, triggering a hitherto unknown boom in the conspiracy media. 9/11 documentaries became some of the most viewed videos on the net. And the American military industrial complex left the conspiracy media largely alone. There was even passive support. Google Video and later Youtube not only took over the free hosting of video material (which was quite expensive with other providers at the time), but also took over the advertising and distribution and monetization (!) of the videos. Until the wave of censorship a few months ago, it was easy to earn money on YouTube for years and build a career with conspiracy media, no matter how far-fetched the  dogmas were.

Youtube/Google also spread Alex Jones’ videos all over the net. The establishment WANTED to spread conspiracy media and we now know why: Because the Jones media became worse and worse in quality and contained more and more irrational dogmas. The more people watched Jones videos, the less time these people had to read real books. The more people watched, the more Youtube and the establishment won.

Alex Jones was formerly known in his high school days as an aggressive, violent scatterbrain. Later he put on the mask of normality and made a career as a conspiracy theorist. His work was passable until 2008, then it went downhill and his focus was less and less on offering facts and logic to the audience, but at some point it was all about giving the audience a sense of validation, serving dogmatic nonsense so that the people in the audience could feel like they had control over their lives and over the world. Alex Jones was just a kind of drug dealer for the drug called “dogmatic feel-good confirmation”. The facts and the logic didn’t matter anymore. The main thing was that the audience got their regular dose of the drug and could feel as if they were part of a special movement, as if victory over the forces of evil was within reach. To this end even the Russian dictator Putin and the cynical businessman Donald Trump were presented as heroes and saviors.

There were more and more people who became addicted to the drug Alex Jones had to offer. And the more addicts consumed the drugs, the greater the sense of community, the illusion of (collective) control and the greater the addictive effect of the drug. And just like with conventional drugs, there were some addicts who wanted to become dealers themselves. And as with conventional drugs, the truism “Don’t get high on your own supply” applies. If you use the drugs you sell, you believe your own dogmatic conspiracy nonsense, then the spiral into the abyss begins. As you can clearly see with Alex Jones.

Alex Jones and others always feared that sooner or later the government would ban conspiracy media. But no true ban ever materialized. Only the free hosting and PR through social media companies ended. It makes all the difference in the world whether you just loose free goodies or truly experience censorship.

In addition, the viewing choices of people can be recorded and analyzed and compared with other data from other databases. Which citizen is binging which content? How irrational is this content? Which personality structure does this citizen have? Is he or she increasingly consumung irrational content? Does this person share certain content on Facebook with other people? Does the personality structure of the citizen change over time? Is an addictive behavior apparent? Does the person move into an echo chamber or filter bubble? Does the person apply irrational dogmas outside the internet?

Youtube and Facebook were probably an absolute goldmine of information for the establishment. It seems as if social media was basically like a gigantic MKULTRA mass experiment.

The internet and especially YouTube led to an explosion of dangerous rubbish. Gurus and pied pipers, who were already active before the Internet, were able to dramatically expose their activities. New Pied Pipers could enter the business of Pied Piping. Whole new generations of dogmatists became active and found new people who could be programmed.

Seriously? You’re talking about MKULTRA and DARPA, then you sidewind into Alex Jones and David Icke? There are much bigger fish to fry here sonny boy. This is a complete trash article.

It’s one of the first things governments would attempt: Study people interested in conspiracies and turn the crazy dial up to 11. Oberserve, adjust, rinse and repeat.