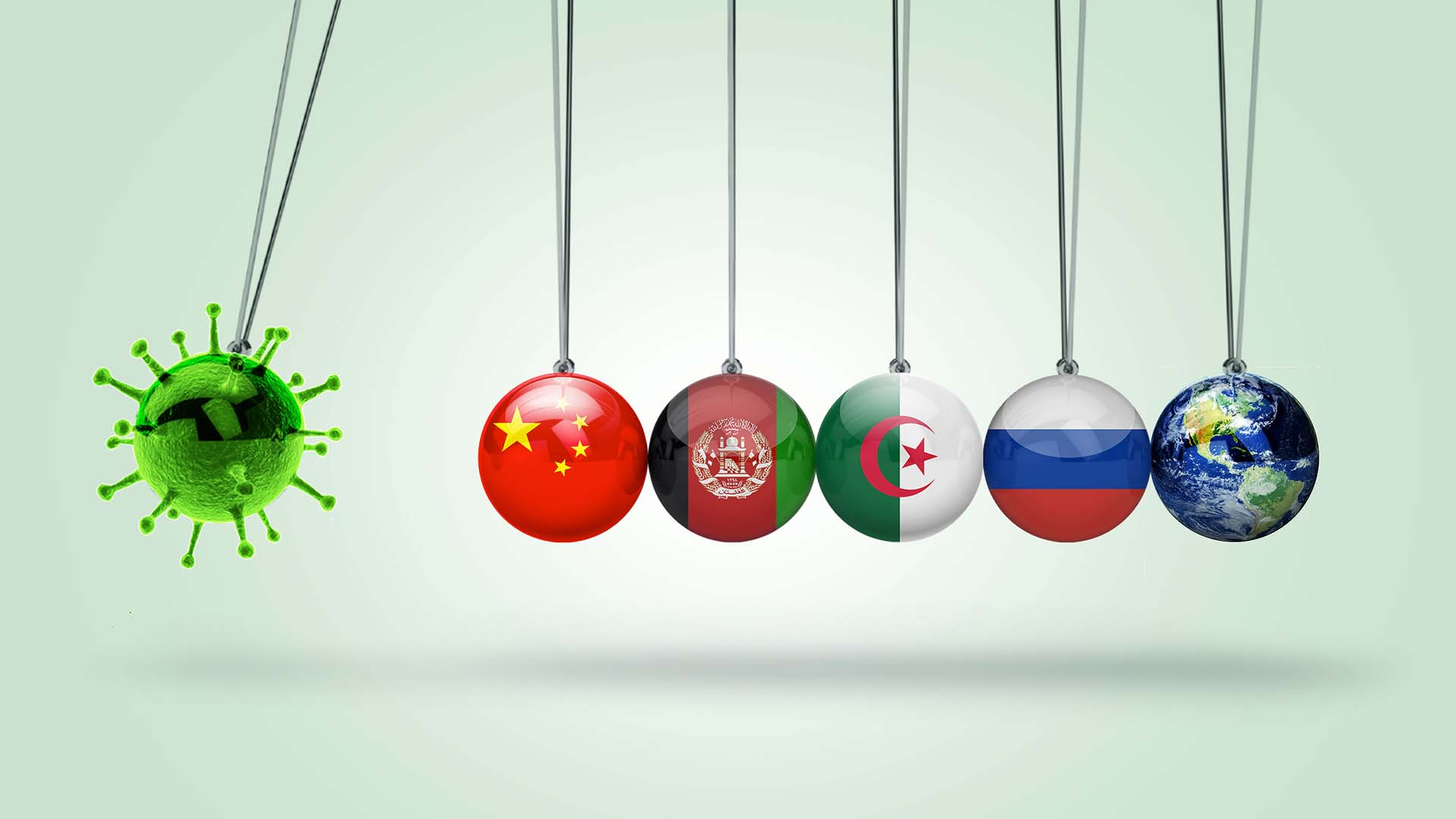 Last year, the National Institute of Allergy and Infectious Diseases in the USA, the organization headed by Dr. Fauci, funded scientists at the Wuhan Institute of Virology and other institutions to work on the functional gains of bat corona viruses. In 2019, the National Institutes of Health, with support from NIAID, provided $3.7 million over six years for research that included some work on functional gain.

The program followed on from another $3.7 million five-year project to collect and study bat corona viruses, which ended in 2019, bringing the total to $7.4 million. Many scientists have criticized “gain-of-function” research, where viruses are manipulated in the laboratory to explore their potential for infecting humans, because of the risk that accidental release could trigger a pandemic.

Have China and the US both failed together and unintentionally triggered the pandemic? The cooperation between the two superpowers in the past has been even greater.

Researchers at Harvard University took massive amounts of blood samples from China for DNA analysis. Normally, China should have refused out of concern for custom-made, tailored biological weapons that might arise in American arsenals.

Not only have American Harvard researchers been allowed to take massive amounts of DNA samples out of China in the past, but American researchers and companies, in return, have helped the Chinese Communist Party of China to conduct detailed research on their own subjects. Such data is of the utmost importance for biological warfare agents.

In the 1990s, a critical article in the Washington Post prompted an investigation of the way Harvard researchers were doing work in China. Now the NY Times recently reported in a similar style on technology transfers from America to China:

China uses DNA to track its people, using American expertise. The Chinese authorities turned to a Massachusetts company and a prominent Yale researcher when they set up a huge monitoring and control system.

Millions of people were coerced into giving blood samples with a mixture of threats and promises of a free health check. These include both Muslim Uyghurs, some of whom are interned in concentration camps, and ordinary citizens.

Scientists working for China’s police force used equipment from Thermo Fisher of Massachusetts. To match the Uyghur DNA, the Chinese sought help from the famous US geneticist Kenneth Kidd of Yale University. Yale goes back to the elites of the British Empire who sabotaged the old Chinese imperial dynasties, waged opium wars and finally manipulated the Chinese civil war between nationalists and communists.

The Yale secret society Skull & Bones, in particular, carried out extensive intelligence operations in China. Practically all American ambassadors for communist China were members of Skull and Bones and from the same orbit (such as the company Bechtel) came essential help with which China would become a superpower.

Thermo Fischer declared after the NY Times report that they would no longer sell equipment to Xinjiang, where the Uyghurs are persecuted by the government. Dr. Kidd said he did not know how his expertise was used by the Chinese.

Between 2016 and 2017 alone, 36 million people were logged. Dr. Kidd’s Chinese partners are from the Ministry of Public Security, which is basically the Communist police. Years ago, Dr. Kidd got along very well with Li Caixia, China’s leading forensic scientist. From December 2014, Li spent almost a whole year in Dr Kidd’s laboratory.

The new coronavirus is said to have infected people via an illegal food market in the city of Wuhan. However, it was noted that a biosafety level 4 laboratory, which studies the “most dangerous pathogens in the world”, is located in Wuhan, the epicentre of the coronavirus outbreak.

In an article from 2017, the magazine “Nature” reported on the Medical Research Institute of the University of Wuhan, where the laboratory is located. Some scientists inside and outside China feared the escape of pathogens. These concerns are well-founded, as such laboratories have already experienced several serious incidents: The SARS virus has escaped several times from high-level containment facilities in Beijing, notes Richard Ebright, a molecular biologist at Rutgers University in Piscataway, New Jersey. The laboratories now handle even more dangerous pathogens such as haemorrhagic fever viruses.

Kanatjan Alibekow, former director of one of the Soviet biological weapons programmes, said that China had suffered a serious accident in one of its biological weapons facilities at the end of the 1980s. Alibekov claimed that Soviet reconnaissance satellites had identified a laboratory and a biological weapons facility near a test site for nuclear warheads. The Soviets suspected that two separate epidemics of hemorrhagic fever that raged in the region in the late 1980s were caused by an accident in a laboratory where Chinese scientists were converting viral diseases into weapons.

In the 2010 document “War for Biological Dominance”, Guo Jiwei (郭继卫), professor at the Third Military Medical University, emphasizes the influence of biology on future warfare.

Biology is one of the seven “new areas of warfare” discussed in a book to be published in 2017 by Zhang Shibo, a retired general and former president of the National Defence University:

“The development of modern biotechnology is beginning to show strong signs of an offensive capability, including the possibility that “specific ethnic-genetic attacks” could be used.

The 2017 issue of Science of Military Strategy, a textbook published by the PLA’s National Defense University and considered relatively authoritative, included for the first time a section on biology as a field of military combat, which also mentioned the potential for new types of biological warfare that could include “specific ethnic-genetic attacks.