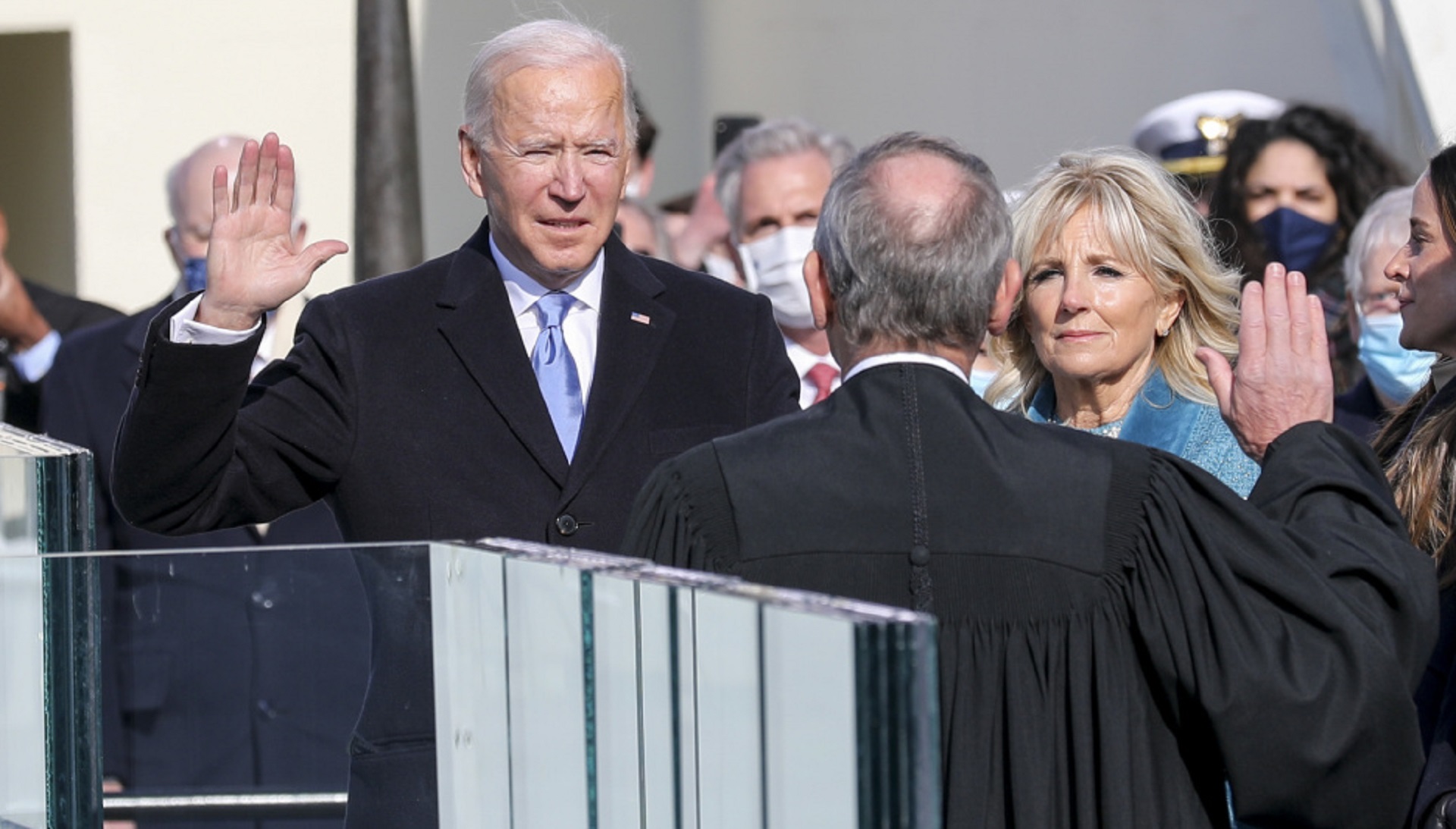 Joe Biden does not belong to the Chinese Communist Party. Not to a “left deep state,” as Trump supporters were told. Bidens entire career belongs to the mighty DuPont clan, which became powerful through the help of Thomas Jefferson, the saint-like icon of the American right.

The Anglo-American Empire is not divided into two factions at the top which are battling each other to the death. Standard rightwing activism only makes Biden stronger.

The talk of stolen elections and Chinese communists and satanic activities may still play well with the sulking, depressed right. But that sort of agitprop feeds into the left notion of a rightwing world conspiracy.

The first meaningful DuPont probably spied on the French for Britain. He had to flee to America during the reign of Napoleon, hooked up with Thomas Jefferson and started to produce gunpowder. Lots of gunpowder. It was all about profits and risk minimization, while the average American worked hard for a lousy income or fought the wars of the establishment with DuPont gunpoweder in their rifles.

The family basically ruled Delaware like aristocrats used to rule a pricipality, they built castles, married their own relatives and expanded the business to chemicals, explosives and weapons grade plutonium, thereby poisoning a lot of workers. At some point, their experts calculated that a more stable middle class would bring in more money and subsequently the wages rose and the workers had more free time to enjoy shiny new cars by GM (which had DuPont backing), financed through friendly banks, running on rubber tires from ceratin other companies and gas from Rockefeller Standard Oil. The DuPonts co-opted some leftwing goals and bought its way into the Democrats and Republicans.

Delaware became an on-shore tax haven with off-shore qualities which is why all kinds of companies chose to register there. When Trump visited the state during his 2016 presidential run, he asked one of his minions how many companies he owned there. He thought it must have been a solid handful. It was hundreds. Registered in the same building as some of Hillary Clintons companies.

Joe Biden’s political career took off because he looked good on camera and his staff was filled with DuPont lawyers and advisors. Other Democrats lamented behind his back that he was even more conservative than the Republicans. He always cared wholeheartedly about the DuPont businesses and credit card companies. Tax avoiding schemes for the rich were welcome. Even creative bankruptcy techniques. But the lowly masses were not supposed to get out of credit card debt. The taxpayers remember the tragic cancer death of one of Joe’s sons. But the do not remembers the many tragic cancer deaths of DuPont employees and those living next to DuPont plants. Joe’s son received first rate medical care. The other victims? Certainly not.

Rightwing media got the whole Trump thing wrong, they got the QAnon fantasies wrong, they got the election procedures wrong and they also do not understand Joe Biden. He is framed a as an agent of a leftwing world conspiracy. Or of the jewish banker conspiracy if you ask the consumers of traditional conspiracy media. Not one of these simple narratives describes the reality.

The DuPonts were even considered to be one of the 13 most powerful satanic families in the world in the bad conspiracy bestseller book “13 Bloodlines of the Illuminati”. I don’t expect conspiracy media to do a proper job in the next few years. OAN, Newsmax and Fox will not necessarily reveal that it was primarily Republicans who had supported China to the point of world power status.

We will hear a lot about Bidens China business because that will neatly fit into the standard simplistic narrative.