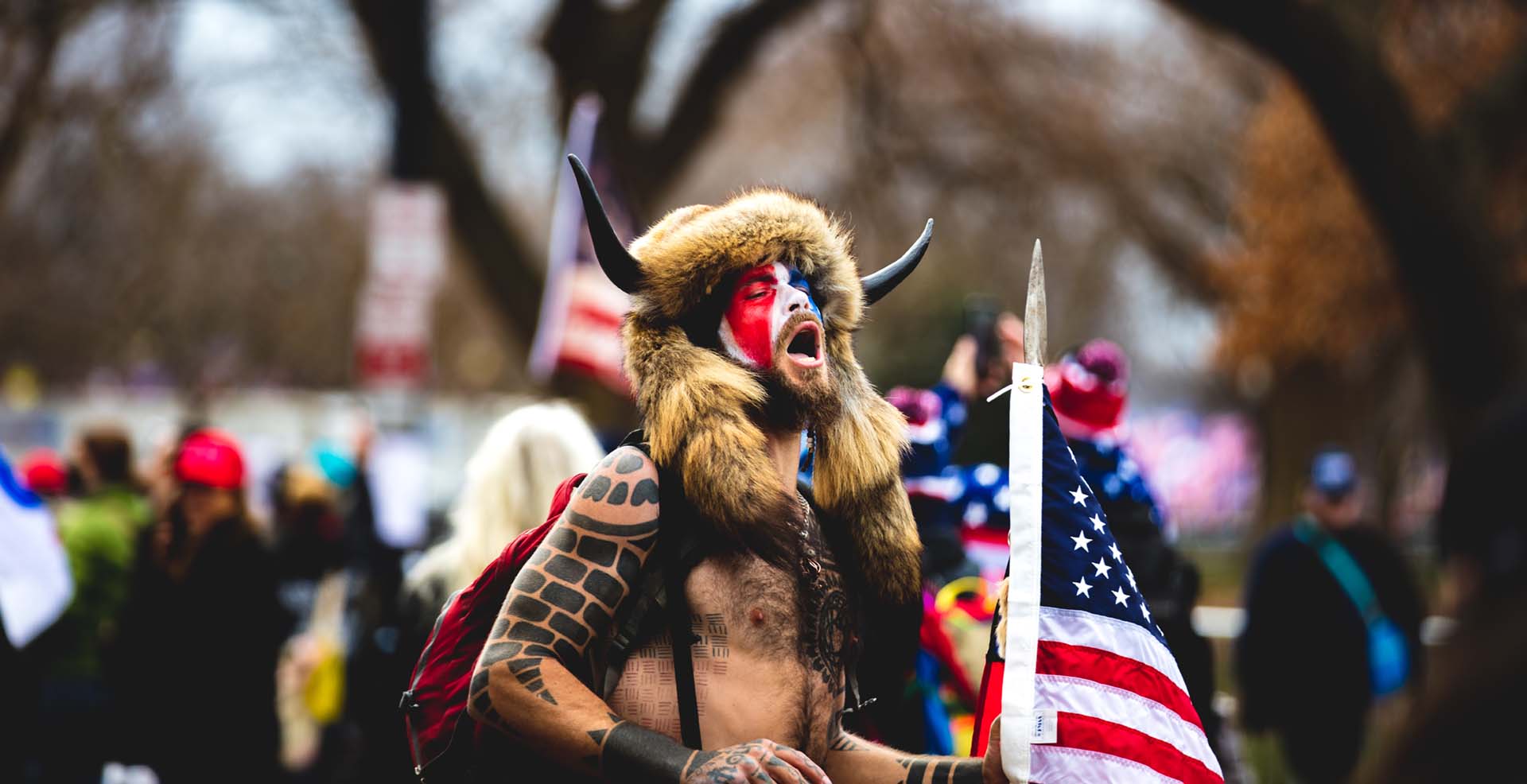 Baked Alaska, a Q-Anon shaman and the tragically shot Ashli ​​Babbitt: A cross-section of a thoroughly manipulated activist scene

It was a mixture of different activists and disappointed voters who came to the protests at the Capitol. Conservatives, classic truthers, full-on QAnon cultists, some Neonazis.

What they all have in common is that they get their information from the same narrow type of media sources and that their ideological foundations come from the same ols same old standardized spectrum. Everything moves within a very narrow framework, which is also the case with the left, and this produces an activism that ultimately leads to nothing. People consume FOX News, OAN, Newsmax or Infowars, confirm each other in forums with lavish QAnon fantasies about the great “storm” and believe in the great communist (Jewish) world conspiracy, and old school truther beliefs from the John Birch Society based on ancient conspiracy literature that was controlled by Anglo-American intelligence.

Whether you consume FOX News programming, or Infowars, or anything on Bitchute or Parler oder Gab, you are getting the same narrow spectrum. There are so many voices these days but there all belong to one of only three main categories: Mainline GOP, the truther/Birch Society media and the full on Neonazi/White power cranks. You don’t have to exclusively stick to one of those categories, as long as you don’t think for yourself and start reading quality books on the topics you are concerned about.

Anthime “Tim” Gionet aka “Baked Alaska” is the prime example of an uneducated narcissistic self-promoter who moves from one ideology to another and never has any ideas of his own. Coming from the Los Angeles party scene, he graduated from the university of booze and drugs. He then worked for Buzzfeed, campaigned for BlackLivesMatter, considered himself a “libertarian” and supported the politician Rand Paul. In 2016 he became tour manager for Milo, the new right shooting star who had been created with money from the Mercer family. Gionet found success as a Trump propagandist, working for more established propagandists like Mike Cernovich. Sometimes he was a radical, then he distanced himself again and described himself as a dropout and an activist against extremism. At the “Unite the Right” rally, he marched and shouted, “They won’t replace us,” “Hitler didn’t do anything wrong,” and “I’m proud to be white!” He was permanently banned from Twitter after posting a photo of Laura Loomer, a Jewish far-right political commentator, in a gas chamber. With his career as a Trump cheerleader on the wane, he distanced himself from the whole affair, only to rejoin the far-right Groyper movement soon after. In 2020, he did agitprop as a corona denier activist and filmed himself illegally harassing other people without a mask, for which he was rewarded with tens of thousands of dollars by his fans. It is unknown whether he wasted the money on drugs.

Jake Angeli is an actor and during his activism dresses up with all sorts of different cultural items and iconography he is probably uneducated about. He has no identity of its own and no original thoughts of its own. He dressed in Native American garb, is a Trump supporter, a QAnon believer, and has several Nordic Germanic tattoos. The Internet, especially the QAnon sect, was his awakening experience. Weeks before the so-called “Million Maga March” on December 12th, he started a crowdfunding that was supposed to reimburse him for the travel expenses to Washington in the amount of 800 dollars. He only raised 50.

Ashli ​​Babbitt was shot dead by a police officer in the Capitol Building. There are several cell phone videos circulating about the incident. She stands surrounded by male activists, you can see the police officer holding out for a few seconds and then firing. She did not appear to pose an imminent threat, although other activists attacked the police officers with metal pipes, irritant gas and pepper spray. Babbitt falls to the ground and a second later you can see more police officers behind her, who were endangered by the shot by being close to the line of fire. Babbitt was an ardent supporter of the QAnon theory. She previously served in the Air Force and was stationed in Iraq. Later she and her husband were involved in a swimming pool company and ran into financial difficulties. She joined QAnon circles and saw herself more and more as an activist.

A Capitol Police officer has died after allegedly being hit on the head with a fire extinguisher. The force’s union chairman Gus Papathanasiou told WUSA9 that Officer Sicknick suffered a stroke during the riots, while the New York Times reported that he was also hit by the fire extinguisher. Another official told the Times that a chemical agent such as irritant gas or pepper spray may have caused his injuries.

The scam that is politicized social media