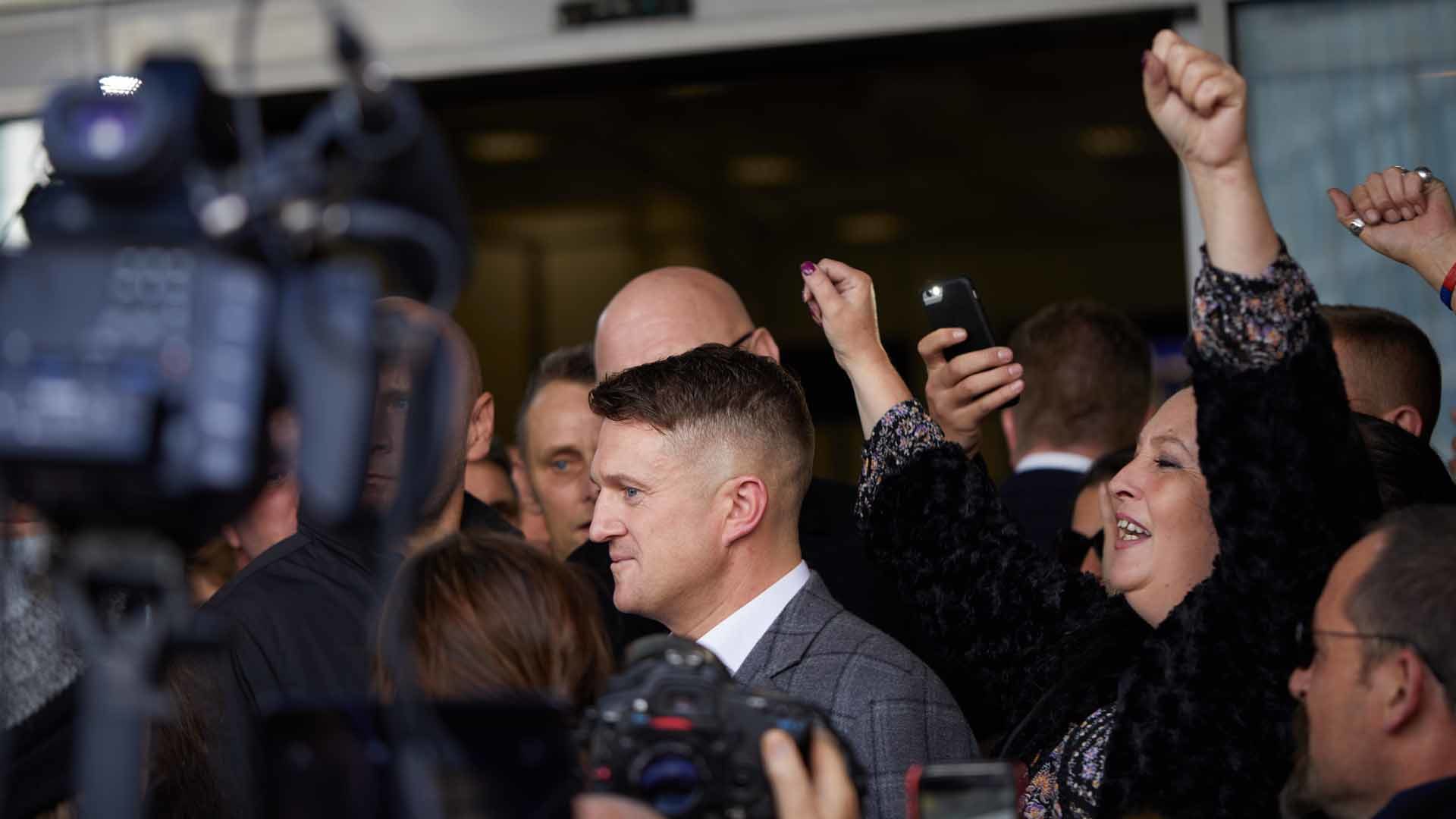 There is a rumour that UKIP chairman Gerard Batten of all people wants to make Tommy Robinson (alias Stephen Yaxley) party leader. A broad-based party that was painstakingly built up is now apparently transforming itself into a standard new/alt right-wing organization. We have reported extensively on “Tommy’s” elitist patrons (Zionist billionaires like Shillman), the bizarre history of the EDL and BNP, his publicity stunts and how he plays the martyr role and the simple man of the people.

Everything that Robinson touched and wasn’t paid for by Zionists like Shillman went wrong, though. As the boss of UKIP he might bring along a number of ex-EDL cadres.

Batten calls all this fake news, but is called Robinson’s best buddy by insiders. Prominent figures like Nigel Farage have left the party because of the change of course.

In fact, he had himself arrested months ago to gain an estimated £2 million in donations through scaremongering and exaggeration. In a livestream during a grooming trial, he read incorrect information and risked a collapse of the trial. He had already been convicted of some similiar action. 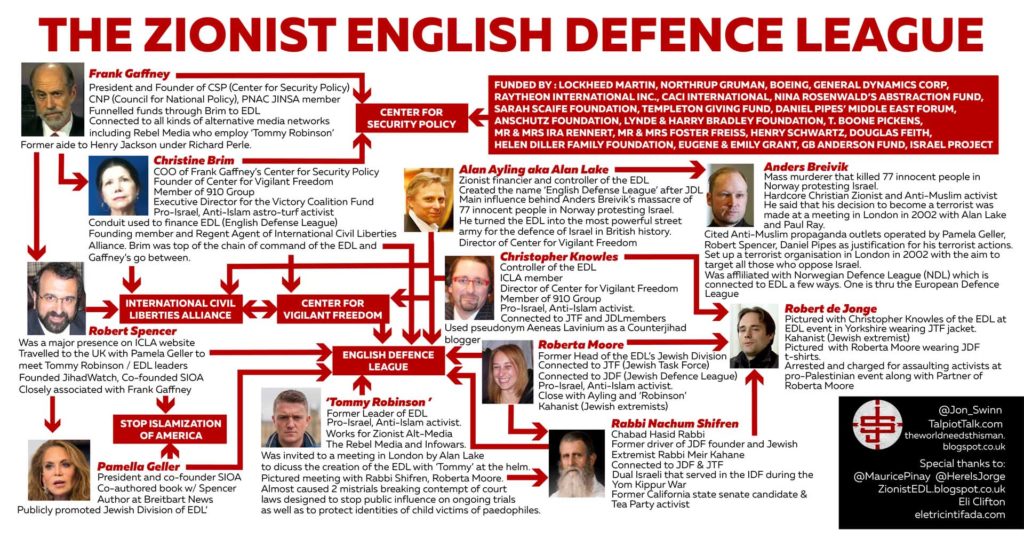 He’s riding a trend wave without his fans noticing how he’s risking a conservative agenda instead of promoting it. Some conservatives responded to our report on Robinson and his former PR firm exployer with the argument that it would at least get people out on the street and attract attention.

You can’t be naive and shy in the political sphere, where each side works with dirty tricks, but this argument is not tenable. Robinson thwarts conservatives.

His past is clear and will hang on to him forever: The leaders of his former group English Defence League (EDL) were previously in clearly fascist groups. Then there were arrests of members in 2011, because they wanted to attack mosques with bombs and there is still a connection to the Norwegian terrorist Anders Breivik. One must expect that the EDL was full of snitches and agents. With all that background, Robinson speaks to only a fraction of society, while at the same time massively repulsing most people in society and giving the left a jumping board. With a highly divided, polarized population, conservatives are not achieving their goals.

The organization met with strong rejection from an overwhelming majority of the population and sank into conflict. In 2013, Robinson made off with the support of the Quilliam Think Tank, ironically founded by former members of the Hizb ut-Tahrir Islamist group. One of the founders, Ed Husain, joined the elite Council on Foreign Relations in New York in 2011. Robinson stated that right-wing extremism was a threat, and Quilliam trained him in Islamic affairs and lobbying and paid him £8,000. Quilliam in turn received one million British pounds from the British government and apparently as much money from the John Templeton Foundation. John Templeton had attended the elite Yale University and was allowed to join the Elihu Society (named after Elihu Yale, who made his money with the British Empire), visited Oxford as Rhodes Scholar (named after Cecil Rhodes, an important manager of the British Empire).

The past of the EDL will be forever hanging over Robinson, and the overwhelming majority of the British population doesn’t care that he has allegedly changed. His right hand was his convicted cousin Kevin Carroll. Some money came from the multimillionaire Alan Ayling alias Alan Lake, in whose apartment the founding of the EDL had been discussed. Lake was investigated for a possible influence on the Norwegian right-wing terrorist Anders Breivik. He worked for the European Bank for Reconstruction and Development in the City of London, which was to rebuild the Eastern bloc. The EDL sank into conflict and a certain John “Snowy” Shaw accused Robinson of illegally enriching himself with EDL funds. Robinson had already been convicted several times, but this did not prevent him from trying to enter the USA with another person’s passport. Another disaster for the EDL was that the Norwegian terrorist Anders Breivik had contacts with the sister organisation “Norwegian Defence League” and had many contacts to EDL people. Breivik called the EDL founder Ray a mentor. In 2011, two EDL men, one a soldier, were convicted of planning a bomb attack on a mosque.

The British National Party, where Robinson used to hang around, was a bizarre fascist bunch likely full of informers and agents. Britain controlled fascist groups for espionage purposes at home and abroad (especially against Germany) as early as the 1920s. Even people close to establishment like Nesta Webster spread conspiracy theories, which are still celebrated in right-wing circles today, and received advertising for them from Winston Churchill.

The BNP created the militant arm “Combat18” and preached that only white citizens of Great Britain should be allowed to be and that non-whites should lose their citizenship. The conspiracy theories of Nesta Webster and others on Jewish world conspiracies were adopted. Several members were convicted of bomb attacks and the building of explosive devices.

He may emphasize in front of the camera how he detached himself from his previous life and organizations, but he repels an overwhelming majority of the population. With a strongly polarized and divided population no serious conservative plans can be realized.

Although Robinson inspires his regular clientele, at the same time he puts the brakes on the entire conservative sphere.